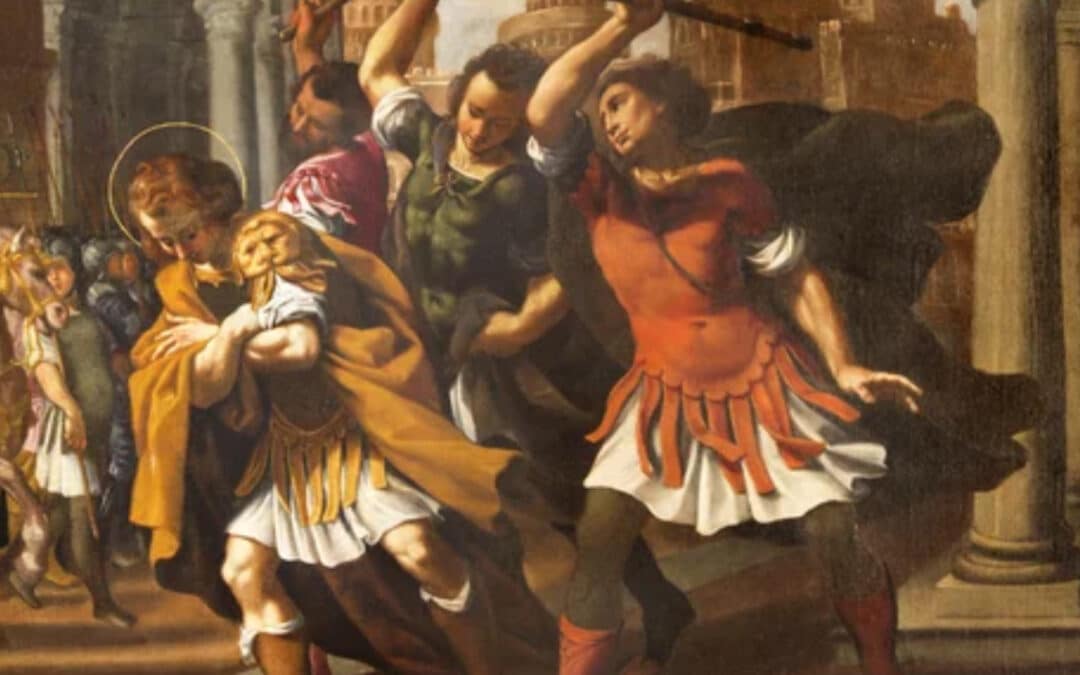 March 21st of this year will mark the 465th anniversary of the martyrdom of Archbishop Thomas Cranmer.  He was burned in Oxford on the same site where Bishops Nicholas Ridley and Hugh Latimer were burned months before.

Then was an iron chain tied about Cranmer, whom when they perceived to be more stedfast than that he could be moved from his sentence, they commanded the fire to be set unto him.

“And when the wood was kindled, and the fire began to burn near him, stretching out his arm, he put his right hand into the flame, which he held so stedfast and immovable, (saving that once with the same hand he wiped his face,) that all men might see his hand burned before his body was touched. His body did so abide the burning of the flame with such constancy and stedfastness, that standing always in one place without moving his body, he seemed to move no more than the stake to which he was bound; his eyes were lifted up into heaven, and oftentimes he repeated “his unworthy right hand,” so long as his voice would suffer him; and using often the words of Stephen, “Lord Jesus, receive my spirit,” in the greatness of the flame he gave up the ghost.”

Heidelberg Catechism Passing Along the Faith Once Delivered to the Saints