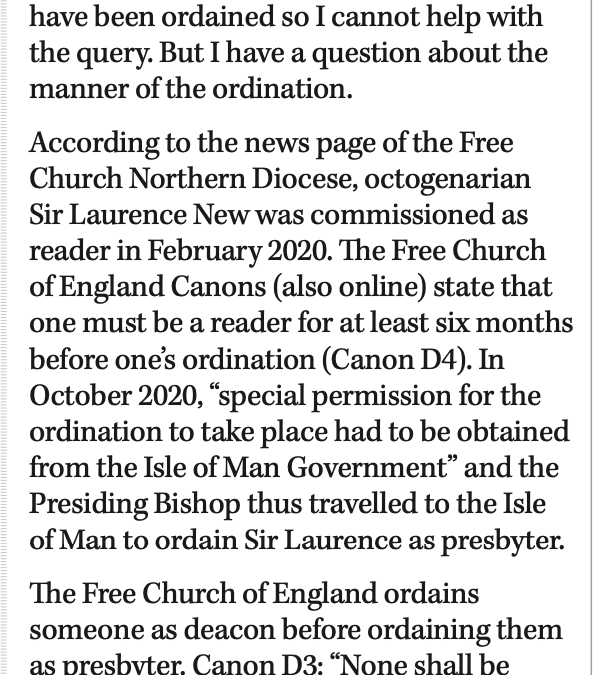 Your piece on the ‘Octogenarian Ordinand’ aroused my curiosity, so I went to the Free Church of England website to find out the details. Alas, I have no idea whether the reverend gentleman is the oldest person to have been ordained so I cannot help with the query. But I have a question about the manner of the ordination.

According to the news page of the Free Church Northern Diocese, octogenarian Sir Laurence New was commissioned as reader in February 2020. The Free Church of England Canons (also online) state that one must be a reader for at least six months before one’s ordination (Canon D4). In October 2020, “special permission for the ordination to take place had to be obtained from the Isle of Man Government” and the Presiding Bishop thus travelled to the Isle of Man to ordain Sir Laurence as presbyter.

There is no mention in the news page of Sir Laurence having been ordained deacon during 2020, so I wonder if someone from the Church might clarify when this took place, given the difficulty of travel to the Isle of Man during the past year.