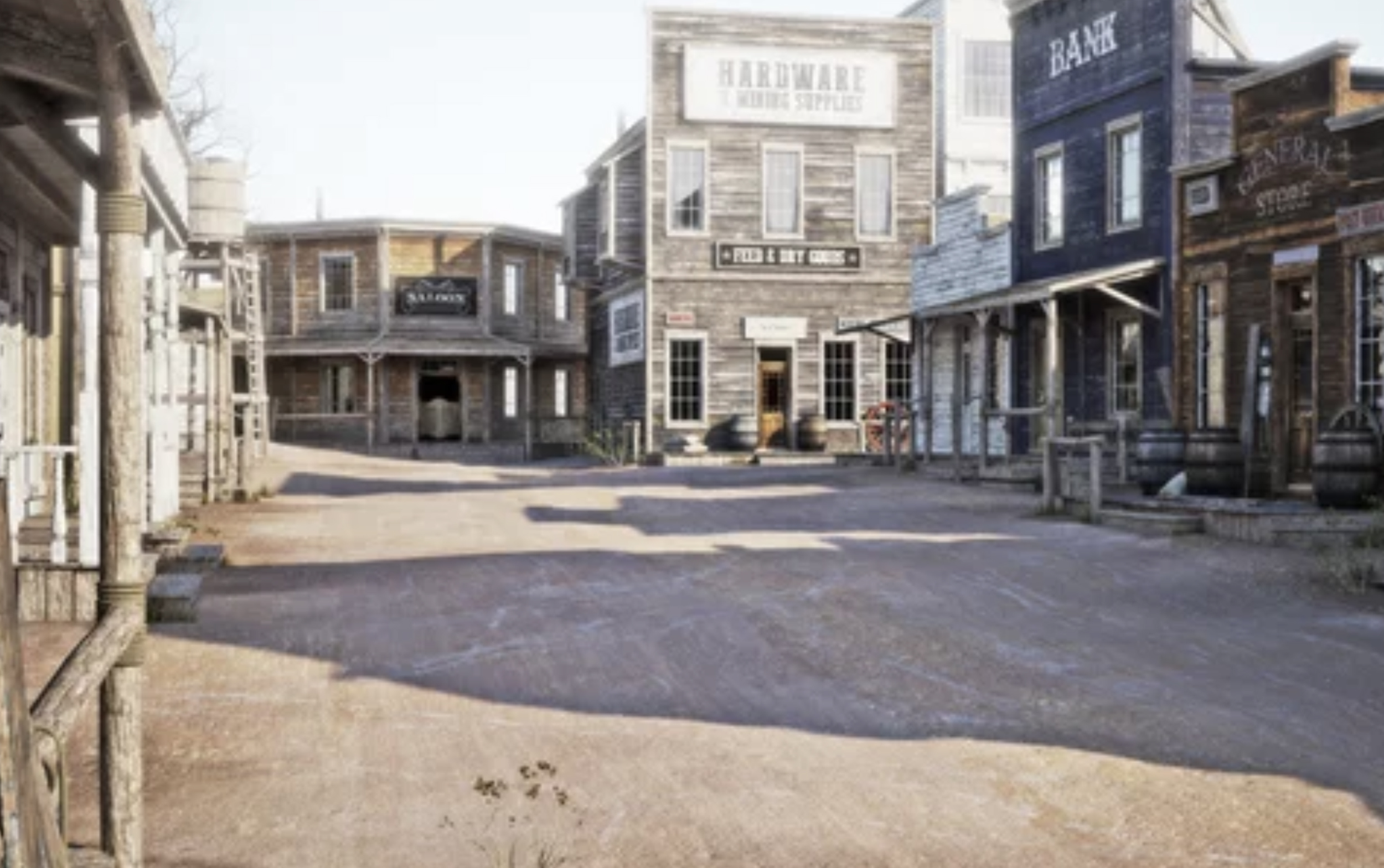 That Hideous Strength: A Deeper Look at How the West was Lost

The Cancer of Cultural Marxism in the Church and the World, and the Gospel of Change

Four different titles struggle with one another on the front of That Hideous Strength, though the one that stands out as most provocative is ‘the Cancer of Cultural Marxism’. Tinker is aware that this term has been ‘derisively dismissed’ as a ‘conspiracy theory’ (p.77), but the half page he gives over to refuting the accusation is disproportionately minimal in the face of the credibility challenge thrown up over the past decade at the term (and by association, books featuring it in their title).

By way of illustration of this challenge, a ferocious debate among Wikipedia editors in December 2014 resulted in the deletion of the online encyclopaedia’s page titled ‘Cultural Marxism’, to be replaced by an automated re-direct to a page entitled ‘Cultural Marxism conspiracy theory’. As an open-source medium, Wikipedia is one of the online fora less susceptible to nefarious influence; all edits are made in full public view. An objective social barrier has been crossed when the only formulation of a phrase deemed publicly legitimate is qua conspiracy theory. This is possibly a point at which to concede the ground and move on to using a different descriptor. But what other term can be found to describe the phenomenon whereby many are ‘assigning [Marx’s] conflict narrative to all categories of people, whether it be gender, race, class, ethnicity, sexuality, and so on’ (p.56)? Daniel Hitchens floundered in First Things in 2018 at this very point, simply labelling it as ‘the Thing’, and admitting rather defeatedly that ‘we have scarcely begun to understand it’. Melvin Tinker has, at least, made a good attempt not only at understanding this ‘Thing’, but also at explaining it to the rest of us and giving us some handles to react to it faithfully in That Hideous Strength.

The profusion of That Hideous Strength’s subtitles is indicative of the surging mass of ideas found within. Anyone who has read for a humanities degree will have been required to take a rather tedious module near the start of the course on the theory of their discipline. Thanks to the relativism of much academia, this will have involved a mind-numbing review of the abstruse writings of a small group of twentieth century thinkers in the Universities of Paris who can broadly be labelled ‘postmodernists’: Michel Foucault, Jacques Lacan, Pierre Bourdieu, Jacques Derrida, and so on. Perhaps Tinker was one of the few students in the lecture hall who found this subject matter strangely absorbing, as his book presents almost 200 pages of what feel like lecture notes on such ‘thinkers’. Almost every page turn brings a bulky paragraph quotation from another outlandish figure. Max Weber, Philip Reiff, Bertrand Russell, Charles Taylor, HG Wells, Karl Marx, Herbert Marcuse, Antonio Gramsci, Rudi Dutschke, David Horowitz, and Max Horkheimer crowd in – to name just a few from the first one third of the volume. Occasionally writers are introduced by only their surname, implying a certain expected conversance among readers with bohemian intellectualism. The original 2018 edition of the book was too short to contain the burgeoning roll-call or their references, hence this new edition.

A problem with the tidal wave of interactions is that insufficient time is given to each thinker to deeply assess either their credibility or influence. A volume of this length which cuts out the less relevant half of the interlocutors might prove more effective. Related to this issue is the unresolved question of whether the ‘Cultural Marxist’ thinkers are actually a cause or merely a symptom of widespread cultural change. This may be problematic given that the value of the book to Christians is premised on the importance of gaining a clear understanding of the contemporary world in order to apply the bible’s teaching (p.11), an exercise commended by Carl Trueman, in his foreword. Tinker avers in chapter six a need for church leaders who are not only ‘biblically literate’, but also ‘culturally literate’; ‘the pastor as public theologian’ (p.159). This theory of dual reference points stands in the tradition of John Stott’s ‘Bible in one hand, newspaper in the other’ and, more recently, of Tim Keller’s ‘listening to the city’. Despite the impediments of brevity Tinker is more ambitious in scope than his predecessors in this endeavour and more honest in conclusions than his contemporaries. Those who maintain more a ‘magpie’ than a ‘beaver’ approach to cultural awareness may however be left unsold on the merits of this type of analysis.

Tinker does perceptively direct us through the smokescreen of many Cultural Marxist propaganda slogans (‘allowing people to express themselves’; that ‘lesbians exist’; or that racism is ‘killing people’ (p.100, 173)) and points out the danger of church leaders failing to appreciate the nature of such rhetorical subtleties (p109, 142). An edition of the material geared more overtly to the Christian audience could do with a chapter focussed on this aspect alone. Tinker also does well to expose the growing atmosphere of compelled speech and virtue signalling (p.129, 181), even within the church: a point of which this reviewer is painfully aware, having recently been ‘delegitimised’ by a series of Christians unaware of how much they were being ‘played’ by the system. Tinker illustrates his broad observations with interesting statistics such as the note that half of American PhDs from 1860 to 1970 were granted in the ‘60s (p.75). Nonetheless, the reader must recall that Tinker’s own vocation is not that of a philosopher or social commentator, but a clergyman. As such, it is no surprise that a Bible exposition lies near the heart of That Hideous Strength.

The writer who previous brought us Reviving Genesis (2010) returns here to one corner of the pre-Patriarchal narrative; Babel. The sin of Babel is diagnosed as ‘an attempt to redefine reality and so usurp God’ (p.49). Tinker draws equivalence with Cultural Marxism’s attempt to create a new world order, redefining all aspects of human relations around its new ‘social imaginary’. Nonetheless, the chapter on Babel is by far the shortest and in this volume Tinker is more preoccupied by the sayings of the Parisians philosophes and their acolytes. The brief treatment of Babel thus leaves at least three broad theological omissions.

First, the quality of the Christian response to the power-obsession of cultural Marxism (p.70) is not assessed. The service exemplified by the Lord Jesus seems to be the greatest answer to this facet of the ‘Thing’, yet it doesn’t receive a mention.

Second, it is surprising that the preached word does not feature more prominently in Tinker’s schematic. A nod is given at the end of the book (p.155) by way of cure but no mention at all as to how its absence led to the malady. Our weapon against Babel is the very ingredient which brought it down at the first – the word of God. In under-emphasising this, Tinker perhaps follows his muse, Lewis, who diagnosed much of the problem but cut short of commenting extensively on the solution. As a result, the final chapter offers the ‘negative’ agenda of ‘bringing down Babel’ rather than a positive project of ‘building up Jerusalem’.

Third, there does not seem to be sufficient room in the analysis for divine sovereignty. Tinker’s caution is just that ‘the Christian who believes in the living God can never allow himself to become a cynic’ (p.19). Although in a sense we are determinists, anticipating an inevitable series of events, they are the diametric opposite of the quality of events envisaged in any brand of Marxism. Our experience of the church age is up and down; ‘wars and rumours of wars’, rather than the mono-directional dissolution to which Tinker seems to tacitly assent when auguring that ‘the progressive steam-roller has been set in motion’ (p.68, 152).

The steam-roller is fully in view in another of Tinker’s four titles, ‘How the West Was Lost’. The film How the West was Won hit cinemas in 1963 to great acclaim, narrating the settlement of the American frontier through personal vignettes of various pioneers and becoming the second-highest grossing film of that year. The title was pointedly inverted three decades later in the TV series How the West was Lost, Linda Berger and Harvey Ardman’s review of the same expansionist era, focussed not on the pioneers, but the native Amerindian tribes. The paradigm shift was not laboured at the time, but viewed from a further three decades’ perspective, was deeply telling. During the later twentieth century, the interests of the global ‘West’ receded in respect of its own ‘mainstream’ culture to be replaced by a focus on, and preference for, ‘the other’. The triumphalism of ‘winning’ was replaced by the imputed gloom and guilt of loss. Thus, since the Berger/Ardman series, the title How the West was Lost has been commandeered by many angsty productions, including Stephen Aron’s elegy for lost innocence in Kentucky (1999), Dambisa Moyo’s critique of American economics (2011), and Alexander Boot’s analysis of the effect of the enlightenment (2015). How the West was Won has meanwhile been forgotten; an out-of-place token of cinematic optimism quietly fossilised in the near-forgotten world of the early 1960s. Ironically, Tinker both disapprovingly cites this pessimistic psycho-social shift (p.16) and also replicates it in his own subtitle. But is the implication true? Has the West been lost already? Or might the Lord answer our prayers before we need to effect the monumental re-set of Tinker’s favoured ‘Benedict Option’?