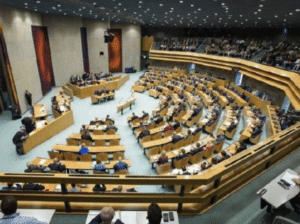 The Church of England has launched an ad campaign to encourage people to stand for election to the General Synod.  It is the first such effort.

A 90-second film, a short explanatory animation, and a dedicated webpage have been created ahead of elections later this year.  The advertising and information campaign – the first in the 50-year history of the General Synod – forms part of the Church of England’s vision of becoming a younger and more diverse Church.

“This campaign has a very clear message which we hope will reach everyone in the wider Church: if you want to be part of making decisions affecting the whole Church of England and debating matters of national and international importance, this is your chance. Will you stand?”

Various groupings within the Church are meeting and planning toward the actual election.  The next General Synod is widely expected to be of the most important in the history of the body because of the numerous moral matters the Synod will have to address.

Methodist Church in Britain Embraces the Spirit of the Age