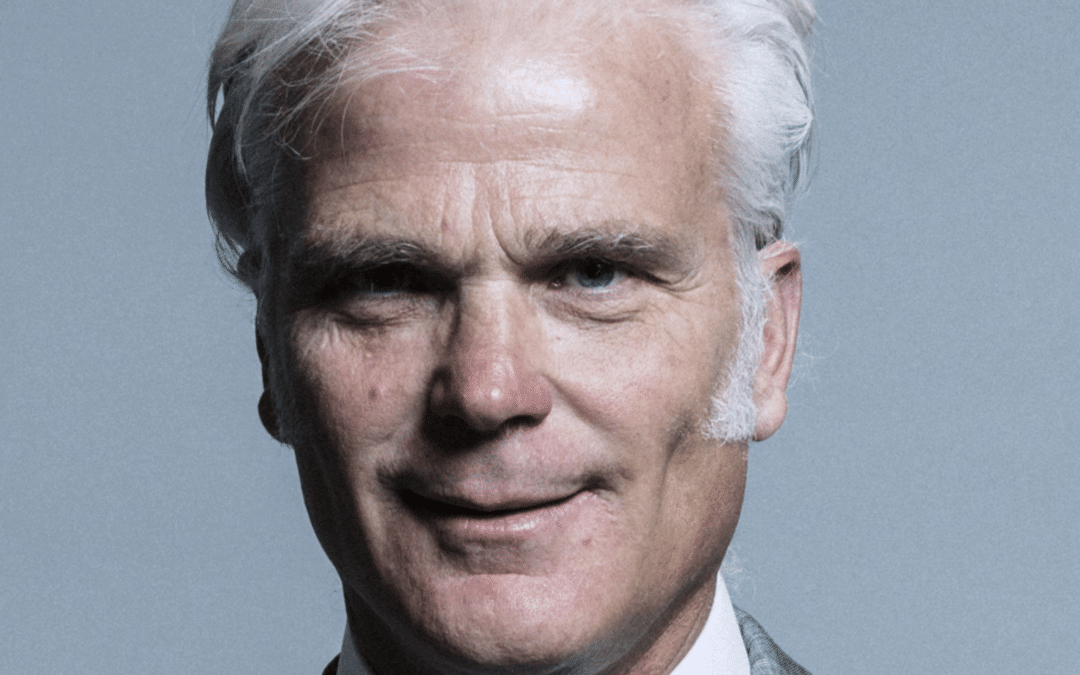 Our second interview with professing and practicing Christians in public life is with the Rt Hon Sir Desmond Swayne.  Since 1997, he has served in the House of Commons by representing the constituency of New Forest West.  He is married and has three children.  His wife works in his constituency office.

His early education was at Bedford School and he went to St Andrew’s University where he studied the Christian heresies of the late Middle Ages.   Later, he became a teacher before entering the banking industry with the Royal Bank of Scotland. After his election to the House, he spent seven years as the Parliamentary Private Secretary to David Cameron.  He was next appointed a member of the Privy Council then Lord Commissioner of HM’s Treasury.  Simultaneously, he spent thirty years in the Territorial Army.  He was made Knight Bachelor in the 2016 Birthday Honours for political and parliamentary service.

A member of the Conservative party, Swayne currently serves on the following committees; Joint Ecclesiastical, Work and Pensions, and the Speaker’s Committee for the Independent Parliamentary Standards Authority.

Despite his long and distinguished record of public service, Swayne has become most well known outside of Conservative party circles for his eloquent speeches often challenging the messaging of his own party during the Covid-19 pandemic. The speeches are easily accessible via YouTube.

Swayne is also willing to go into places which are hostile to his views.  In an address made to the Dorset Humanists in September of last year, Swayne, a practicing member of the established Church, described his philosophy to those gathered.

“My philosophy is this. It’s the biblical one. The radical depravity of man that can only be addressed by the initiative of our Creator in his redemptive work. Nothing could be more different than a humanist appreciation of the dignity of humanity and the possibility of progress.

“I consider myself a Church and Queen Tory. If I had a philosophy, it could not be more antithetical to Humanism than the one I hold”.

When asked about how he viewed the Church of England’s response to the Pandemic he replied:

“I was appalled and shocked—shocked by the response.  To think of the risk our Lord took with lepers and other diseased people— as have clergy and other Christians throughout history and to have the church respond the way it did was an abominable over-reaction.

“It says something about our loss of faith in the Gospel that we have prized our continued existence and safety over anything else, and it has revealed an attitude to death and a fear of death and preserving life at all costs—as if we can avoid death”.

Swayne believes that during the pandemic the government engaged in a propaganda effort to gain social control of society, “even if with the best of intentions”.

When asked what he saw as the biggest moral question facing the nation post-Pandemic, he thought for a moment and said, “to heal the damage done by the breakdown of the family”.

He estimates that nine out of ten of the problems that people are facing that come into his constituency surgeries “have the underlying problem of family breakdown.  This has helped cause a benefits culture where the fundamental problem is a moral one and better asked of a clergyman than a politician”.

Swayne is clear in drawing what he sees as the distinction between the  Labour Party’s  view of the definition of a family and that of the Conservative party.  “Labour’s view is defined as any group of people that share a fridge”.

In looking ahead, Swayne thinks the next big issue facing the Church of England is whether or not it will follow the Methodist Church on same-sex marriage.  “The danger is in if there is a ‘winner take all’ approach “where there is no room for dissidents”. He added, “I would be surprised if the Church of England goes headlong after the Methodists”.

Even those that disagree with Swayne have to admit he is old-fashionedly clear communicator.  In the aftermath of the Hancock scandal, Sir Desmond opined on his blog:  wwwdesmondswaynemp.com.

“In this column last week, referring to Matt Hancock’s affair, I made a passing reference to ‘the Tempter’.  A surprising number of email correspondents have asked me to have the courage to name and shame the individual in question!  I’m afraid that they have got quite the wrong end the stick.  Indeed, I’m shocked that anyone would not be certain as to what I was referring to.  Have we become so forgetful of scripture?

“Be sober, be vigilant; because your adversary the Devil, as a roaring lion, walketh about seeking whom he may devour.  Whom resist, steadfast in the faith”.  1 Peter 5:8 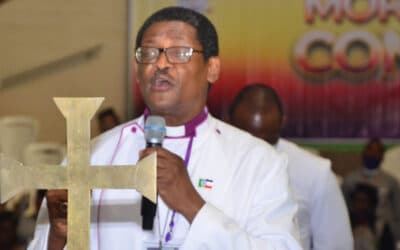