Some cultures are shaped by what sociologists call a ‘shame’ culture. People are managed by fear of shame that is heaped on them for transgressing behavioural norms. Shame can be used in families to compel children to behave as parents want: ‘I would be so disappointed in you…’

We should of course be ashamed of our sin – but a shame based culture exerts too much pressure on people. Shame is often used to manipulate people because it is so effective. We fear people looking askance at us. We are terrified of being thought the odd one out. The sense that others – especially those we respect – might despise us, brings shame. Our sense of pride joins with our desire to fit in, and we adjust our behaviour so that others will not make us feel ashamed. The desire to avoid shame can shape the course of our pilgrimage, at the most fundamental level. It can pull us off course.

Jesus was willing to endure opprobrium and shame from others. The city of Jerusalem was the centre of God’s display of his glory among his people. The Old Testament showed God loved his city and chose it as a special manifestation of what pleased him and was good for his people. Jesus died outside the walls of God’s city. He was willing to die a shameful death, in a shameful place. We read in Hebrews 13:12: ‘So Jesus also suffered outside the gate in order to sanctify the people through his own blood.’ Crucifixion was a shameful death. That it happened outside the city walls, in a location associated with uncleanness and death – this made it all the more shameful.

We tend to think we can benefit from the cross by merely understanding that Jesus died for us, and we can respond in a respectable way. Our culture is becoming ever more shame driven – people are made to feel shame for words said years previously. People are shamed for their body image, covid attitudes, race, wealth. Christianity is viewed by the culture as a religion that one should be ashamed to practice in a wholehearted way. We are tempted to avoid shame by satisfying ourselves with a sanitised, culturally acceptable understanding of the cross.

God does not allow that sort of shame avoidance to succeed. For Hebrews 13:13–14 goes on to urge: ‘Therefore let us go to him outside the camp and bear the reproach he endured. For here we have no lasting city, but we seek the city that is to come.’ If we are to benefit from the death of Jesus, we must go to where he died; a place outside the city. A place respectable and powerful people – whose approval we covet – look down on in disdain. This is part of our pilgrimage. 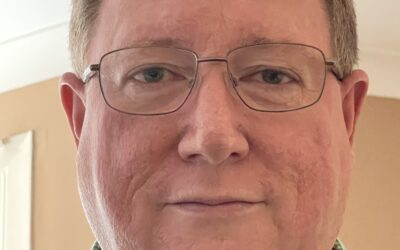