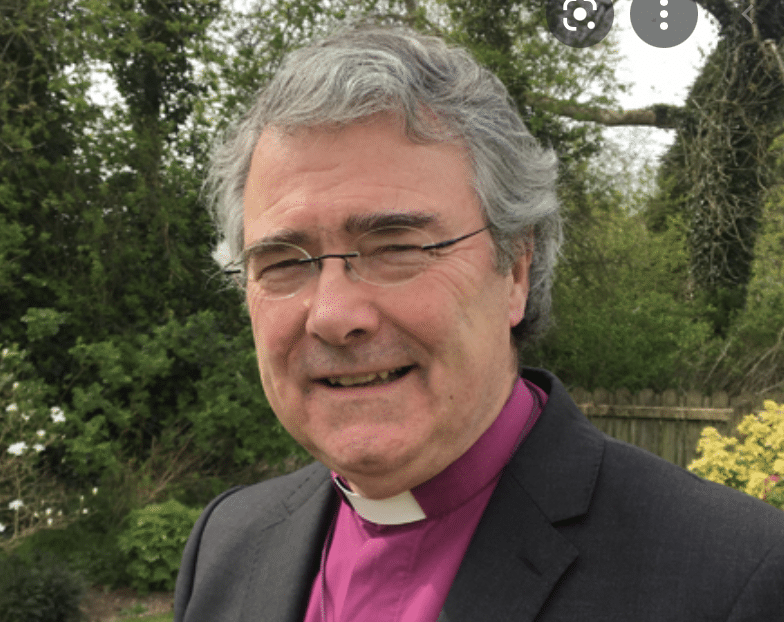 In his Presidential address to the Church of Ireland’s General Synod, meeting for a second time online, the Archbishop of Armagh, the Most Revd John McDowell covered a wide range of subjects.

The Church’s response to Climate Change, Black, Asian & Minority Ethnic Initiative, Representation Bill, Union of Limerick and Tuam Dioceses, Centenary observation in Northern Ireland, Safeguarding, and a new edition of the Bible in the Irish language were all addressed in primate’s speech.

Regarding the observation of the Centenary marking the founding of Northern Ireland, the archbishop said,

“As a Church with members throughout this island, we have a vocation to model how to maintain a sort of non–political unity in the face of those forces; of differences within the family. To give one example, this centenary year of the founding of Northern Ireland and of Saorstát Éireann had the potential to be divisive with differing interpretations of those momentous events becoming flashpoint for bitter words and a hardening of attitudes.

“To some extent the restrictions required to control the spread of Covid–19 have blunted the edge of any extravagant commemoration of these events. Of course, that doesn’t relieve us of the responsibility to reflect critically about them, and to do so within a particularly Christian frame of reference. And the foundational principle of that frame of reference for us is “You shall love your neighbour as yourself”. In any case, as the late John Hume often said: “A country is its people.”

“It was for that reason that the Church Leaders Group (Ireland) tried to make a modest, although I think important contribution to the year in our St Patrick’s Day Statement. In that Statement (and in broadcasts and other events since) we were able acknowledge the shortcomings and failures of ourselves as churches but also point to the good things we had inherited in this prosperous part of the world. Let me quote something from that Statement:

“‘Churches] have an opportunity, in marking these events from our past, to be intentional in creating spaces for encounter with those different from us, and those who may feel marginalised in the narratives that have shaped our community identity. That will require us to face difficult truths about failings in our own leadership in the work of peace and reconciliation. As Christian Churches we acknowledge and lament the times the times we failed to bring to a fearful society that message of the deeper connection that binds us, despite our different identities, as children of God, made in His image and likeness. We have often been captive churches: not captive to the Word of God, but to idols of state and nation … Churches, alongside other civic leaders, have a role to play in providing spaces outside political structures that give expression to our interconnectedness and shared concern for the common good.”

The primate wished the outgoing Bishops of Limerick and Tuam well as they enter retirement on 31 October.  The Rt Revd Ken Kearon, Bishop of Limerick and The Rt Revd Patrick Rooke, Bishop of Tuam leave their dioceses in a very weak state.  There are less than thirty stipendiary clergy between the two dioceses.  Their respective geographical footprints cover almost the entire Atlantic coast of the Republic of Ireland.  The Diocese of Tuam has less than ten.  In other dioceses, deaneries have more clergy. Rooke became Bishop of Tuam in 2011 and Kearon of Limerick in 2014.

The dioceses will unify on 1 November 2021.  After that date, an episcopal Electoral College will be scheduled to determine who will be the first bishop.  If no candidate receives the necessary votes to become bishop, the House of Bishops will appoint one.

McDowell summed up his hope for the church to be like early Christians as they were described in his quotation from the Epistle to Diognetus in the second century.

“For the Christians are distinguished from other men neither by country, nor language, nor the customs which they observe. For they neither inhabit cities of their own, nor employ a peculiar form of speech, nor lead a life which is marked out by any singularity. The course of conduct which they follow has not been devised by any speculation or deliberation of inquisitive men; nor do they, like some, proclaim themselves the advocates of any merely human doctrines.

“But, inhabiting Greek as well as barbarian cities, according as the lot of each of them has determined, and following the customs of the natives in respect to clothing, food, and the rest of their ordinary conduct, they display to us their wonderful and confessedly striking method of life. They dwell in their own countries, but simply as sojourners.

“As citizens, they share in all things with others, and yet endure all things as if foreigners. Every foreign land is to them as their native country, and every land of their birth as a land of strangers… They pass their days on earth, but they are citizens of heaven.  They obey the prescribed laws, and at the same time surpass the laws by their lives.

“They love all men, and are persecuted by all. They are unknown and condemned; they are put to death, and restored to life. They are poor, yet make many rich; they are in lack of all things, and yet abound in all; they are dishonoured, and yet in their very dishonour are glorified. They are evil spoken of, and yet are justified; they are reviled, and bless; they are insulted, and repay the insult with honour; they do good, yet are punished as evil–doers. When punished, they rejoice as if quickened into life… yet those who hate them are unable to assign any reason for their hatred.”

Church of Ireland Drops Investments in Most Fossil Fuel Companies