466th Anniversary of the Martyrdoms of Latimer & Ridley 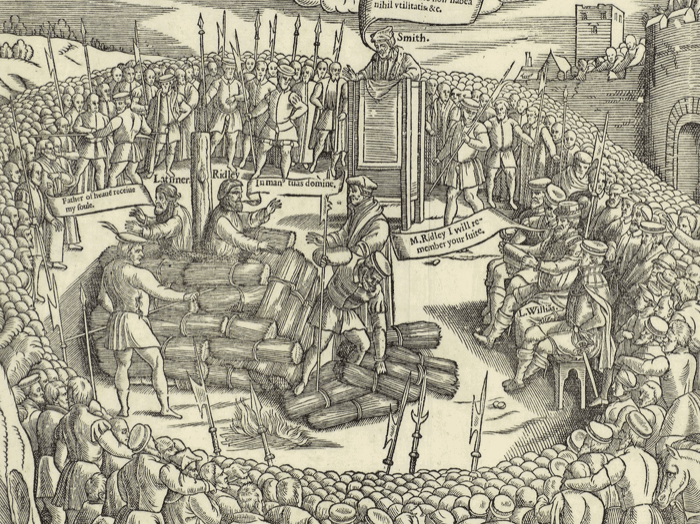 466th Anniversary of the Martyrdoms of Latimer & Ridley

Saturday, 16 October marked the 466th anniversary of the martyrdoms of Bishops Hugh Latimer and Nicholas Ridley.

They were burned at the stake after being found guilty of heresy due to their refusal to believe the doctrine of transubstantiation.  The Roman Catholic Doctrine of Transubstantiation teaches that at the Prayer of Consecration in the service of Holy Communion, the bread and wine change to become the very body and blood of Jesus.

Bishops Latimer and Ridley, as well as Archbishop Thomas Cranmer had been sent to Bocardo prison in Oxford on 8 March 1554. They were tried in September after 17 months in prison and Ridley and Latimer were then martyred the next month. Cranmer’s trial started on 12 September but was allowed an appeal.  He was burnt on 21 March 1556.

Bishop Latimer’s last words were; “Be of good comfort, Master Ridley, and play the man.  We shall this day light such a candle, by God’s grace, in England, as I trust shall never be put out.”

The two Church of England bishops which have recently defected to Rome have embraced the doctrine that brought about the martyrdoms of the Latimer, Ridley, and Cranmer.

Should I Stay or Should I Go? Gospel-Driven Anglicanism Part 4