The Real Presence of Christ by Chuck Collins 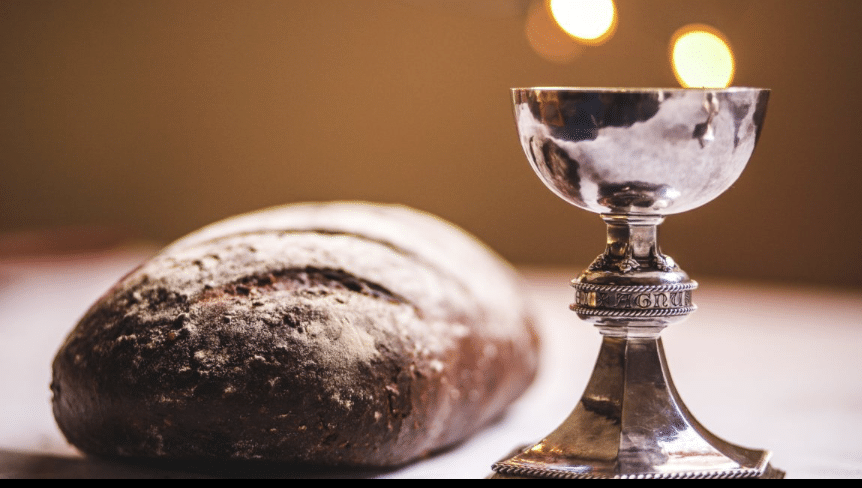 The Real Presence of Christ

Transubstantiation became the official doctrine of the Roman Catholic Church at the Fourth Lateran Council that began on November 11, 1215. The Council of Trent in 1551 confirmed the same doctrine. And it’s the official teaching of the Catholic Church today – “In the most blessed sacrament of the Eucharist ‘the body and blood, together with the soul and divinity, of our Lord Jesus Christ and therefore, the whole Christ is truly, really, and substantially contained’” (Catholic Catechism, 1374). Anglicans emphatically reject this teaching as “repugnant to the plain words of Scripture” and superstitious (Articles of Religion, Article 28), but it is the greatest curiosity that some still hold a functionally Roman view – that the substance of the bread and wine of Holy Communion change into the body, blood, and soul of our Lord when magic words are spoken over them by a fancy-dressed priest. Transubstantiation and its Anglican clone are excuses to worship Jesus in the bread and wine of Communion, and misleading ceremonies have been invented to guard this understanding (e.g., epiclesis, sanctus bells, the elevation, Mass of the Presanctified, etc.). Why is it important that we get this right? Because on our view of “real presence” in the sacrament hinges all the other biblical core matters that were recovered at the time of the English Reformation: Holy Scripture as our authority, the high priesthood of Christ (and universal priesthood of all believers), and the central doctrine of justification by grace through faith alone. Sixteenth century reformers knew this and they were willing to die for their understanding of the sacrament.

Historical and confessional Anglicans teach that sacraments are “effectual signs of grace” (not just symbolically or mere remembrance; they are more than badges or tokens), and that “real presence” is Christ’s spiritual presence that is experienced in the hearts of believers when the grace of the sacrament is received by faith. Since his bodily Ascension, Jesus remains spiritually present everywhere (“I am with you always”), but he remains corporeally in heaven where he sits in authority with the Father until the day he will return (“I will return in the same way”). Jesus is not bodily present “in” the bread and wine as if he rushes down from heaven to enter into our mouths and then into our stomachs. It is not “Jesus” sitting on the Table waiting to be eaten because of some words that were said or some actions performed over them by a sacrificing priest. No! It’s far more glorious than that! He is spiritually offered in the sacrament when the grace of the sacrament is received by faith in the hearts of God’s people, uniting us to Christ in heaven and on earth – “…be filled with thy grace and heavenly benediction, and made one body with him, that he may dwell in us, and we in him.” This is the union or spiritual “commingling” of which Cyril of Alexandria writes.

Archbishop Thomas Cranmer, the architect of Anglican liturgy, wrote extensively about this in 1550, A Defense of the True and Catholick Doctrine of the Sacrament of the Body and Blood of our Saviour Christ. He devoted the third of four books to the question of real presence, citing the church fathers at length. Cranmer wrote: “They [Roman Catholics] say, that Christ is received in the mouth and entereth in with the bread and wine: we say, that he is received in the heart, and entereth in by faith” (Book III, Ch. II).

“Cranmer’s focus was not a change in, or even instrumental use of, the bread and wine, but rather the transformation of the recipients, who by the power of the Spirit were linked afresh to the saving efficacy of Christ’s Incarnation and Passion”

Richard Hooker, a second-generation English reformer, was more irenic and nuanced, but his eucharistic doctrine was essentially the same as Cranmer’s. He taught the centrality of faith, whereby Christ is dynamically present in the liturgical action rather than statically in the consecrated bread and wine, in a moment of consecration (marked by bells, elevating the sacrament, and/or genuflecting). “The real presence of Christ’s most blessed body and blood is not therefore to be sought for in the sacrament, but in the worthy receiver of the sacrament…only in the very heart and soul of him which receiveth” (Hooker’s Laws, V.67.6).

Clearly many Episcopalians and Anglicans have rushed to other understandings of “real presence” over the years than those found in Anglican formularies and our Anglican forefathers and mothers (Anne Askew, Katherine Parr and others).  But even they will admit that our sacramental theology is originally rooted in a unified understanding of “real presence” that gives rich and powerful meaning to the glory of God’s effectual grace in the hearts of believers. To say this doesn’t matter, or to dismiss it as mystery as if it doesn’t deserve our concerted attention, demeans the core Reformational doctrines that define what it means to be Anglican.

Eastern Rite Catholics: What Are They?