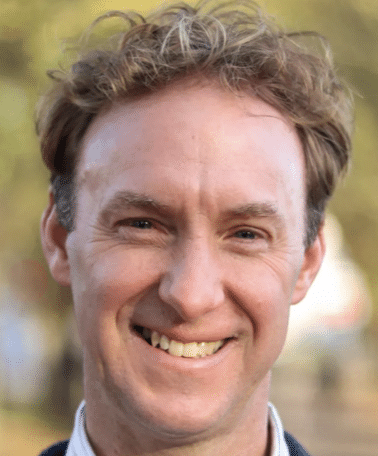 The Revd Canon Archie Coates, Vicar of St Peter’s Brighton, has been named as next vicar of Holy Trinity Brompton.  He will succeed the Revd Nicky Gumbel after his retirement in July of 2022.

Holy Trinity Brompton has the largest congregation within the Church of England, numbering some 4,000 members.  It is most well-known for being the home to the Alpha evangelism course.  The current rector has been in place since 2005.

A description of the selection process was offered in a press statement on 6 December.

“The appointment of Canon Coates as Vicar Designate follows a thorough process of discussion and discernment, which considered a range of candidates for the post, and he was the unanimous choice of those involved in the decision, which included HTB’s Patrons, the Church Pastoral Aid Society (CPAS), Keble College, Oxford, the Bishop of Kensington (representing the Bishop of London), HTB’s two Churchwardens (representing the HTB PCC) as well as trustees representing HTB’s associated charities – Alpha International, the Church Revitalisation Trust and St Paul’s Centre.

“The Revd Canon John Dunnett, General Director of CPAS, said, “This is a very significant appointment and we are in no doubt that Archie has the wisdom and leadership experience to take up the role. We offer him our warmest congratulations.”

“HTB Churchwardens, Angus Winther and Genevieve Mensah, said, “We are excited that Archie has agreed to be the next Vicar of HTB, and are extremely grateful to our Patrons for their wisdom and expertise in guiding us through this process.  We will look forward to celebrating Nicky and Pippa’s extraordinary ministry at HTB when he steps down in July, and to welcoming Archie, his wife Sam and their family to HTB when he takes up this new role in September.”

Coates’ association with HTB goes back before Gumbel’s appointment as Vicar.  He was the Associate Vicar in 2003 and 2004 before being appointed to St Peter’s Brighton.

The appointment has drawn criticism due to Coates’ support of the Brighton Gay Pride Parade.  In 2016 he told Christian Today, “It’s great because it celebrates diversity as much as it celebrates LGBT people.  In our congregation, we have a lot of diversity and a lot of LGBT people and we are very supportive.”

Finnish Lutheran Bishop to be Tried for Traditional Christian Teaching