Archbishop of Canterbury’s Statement on the Death of Desmond Tutu

The Truth Will Set You Free

Randall Davidson pioneered the phenomenon of archiepiscopal retirement when he stepped down from Canterbury in 1928. The practice took hold and most occupants of Augustine’s chair since then have followed suit. Thanks to the Ecclesiastical Offices Measure of 1975, retirement is obligatory by the age of 70 but the 103rd ++Canterbury, George Carey, was a sprightly 67 on leaving Lambeth. Writing one’s memoirs is a staple of the comfortable retirement, but, this completed, what else to do? Campaign for causes close to one’s heart? Travel the world? Hobnob at Davos? Carey has done all this and more in his record-breaking two-decade pensionable afterlife and now shares the story in this, his second memoir.

Carey’s stated intention is to ‘share experiences and thoughts with younger clergy’. These thoughts range from engaging and provoking to tedious and repetitive. Carey’s name has frequently made the headlines in retirement due to his role in the cases against two bishops’ abuse cases – Peter Ball and the long-dead George Bell. Three chapters of the book provide Carey’s painstaking blow-by-blow perspective on these cases. A worthy testament to put in the public sphere – but hardly gripping reading. The same might be said for the extensive rounds of back-slapping name-dropping peppered throughout the volume in honour of figures like Andrew Adonis, Archbishop Desmond Tutu, and Rabbi Jonathan Sachs. By contrast, the most fruitful section of the book is ironically the opening two chapters which precis Carey’s earlier, much longer, autobiography. The existence of a full account elsewhere gives Carey the freedom to focus on matters of most significance, with the avowed aim of ‘thanksgiving and learning’.

In his old age, Carey has discovered various conservative tendencies, calling for wokeness to be ‘left behind’, for the ‘sacramental presence’ of ancient church buildings to be respected, and admitting to a shift of party sympathies to the blue corner. He even equates the General Synod’s call for divestment from Israel with the enormities of Corbyn’s Momentum. Yet he has also changed his tune in less wholesome directions, with a whole chapter given over to an explanation of his support for the (still thankfully illegal) practice of assisted dying.

More problematically still, a deep-seated resentful hostility toward the classical iteration of evangelicalism has festered within the ex-primate. Whereas he can write fulsomely of the ‘beautiful’ Anglo-Catholic liturgy of the Church of Burma and of ‘deep’ Anglo-Catholic spirituality, and approvingly of ‘liberal’ Catholicism and possessing ‘liberal bones’ in the body, naked hostility is expressed toward the unvarnished iteration of Carey’s own professed evangelical churchmanship. This standard is derided as narrow, immature, unchurchly, and ‘stupid’. While making such accusations, Carey has the cheek to assert that the ‘bitterness that churchmanship used to create is largely a thing of the past’. Carey is a classic case of a Christian who benefitted at an early age from what he freely admits was a ‘clear’ evangelical ministry (at Dagenham Parish Church), but who drifted in later years into some confusion, claiming to ‘gain much from other traditions’, while apparently neglecting the complete sufficiency of the scriptures for life and godliness.

Carey’s reflections on what he learned as a curate in the 1960s chime with his continued impression of what makes a  successful ministry; spending time with people. Unlike many dignitaries in the church, Carey actually put this into practice as an incumbent, while at St Nicholas’ Durham. Together with his vision and example of a deliberately missionary episcopate, despite some frustrating spots of antagonism, there is encouragement and example to be taken from this leader’s life. 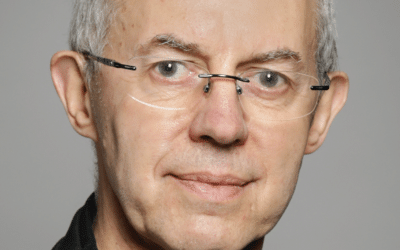 Archbishop of Canterbury's Statement on the Death of Desmond Tutu