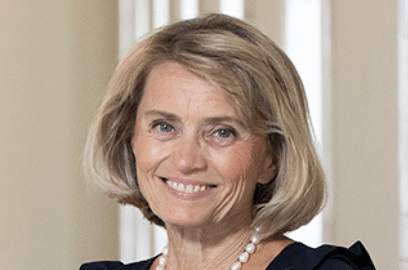 Finnish MP and Former Minister of the Interior, Päivi Räsänen, was tried on Monday, 24 January after tweeting a picture of Bible verses.

She was brought up on criminal charges for “ethnic agitation” under the War Crimes and Crimes Against Humanity section of the criminal code of Finland.

The charges brought against Räsänen stem from a pamphlet she authored 17 years ago supporting the biblical view on marriage and sexuality.  She expressed those views on a radio show in 2019 and tweeted photos from it and as a result the Prosecutor General charged her with t three criminal charges.

According to one report from Finland, the police “made strong recommendations not to continue the prosecution.”  Her statements did not even run afoul of Twitter or the national broadcaster’s very PC standards.

Paul Coleman, Executive Director of the advocacy group, Alliance Defending Freedom International said before the commencement of the trial:  “In a free society, everyone should be allowed to share their beliefs without fear of censorship. This is the foundation of every free and democratic society. Criminalising speech through so-called ‘hate-speech’ laws shuts down important public debates and poses a grave threat to our democracies. These sorts of cases create a culture of fear and censorship and are becoming all too common throughout Europe. We hope and trust the Helsinki District Court will uphold the fundamental right to freedom of speech and acquit Päivi Räsänen of these outrageous charges.”

Räsänen has been a member of the Finnish Parliament since 1995.

Archbishop of Canterbury Announces Plans for Diocese of Winchester