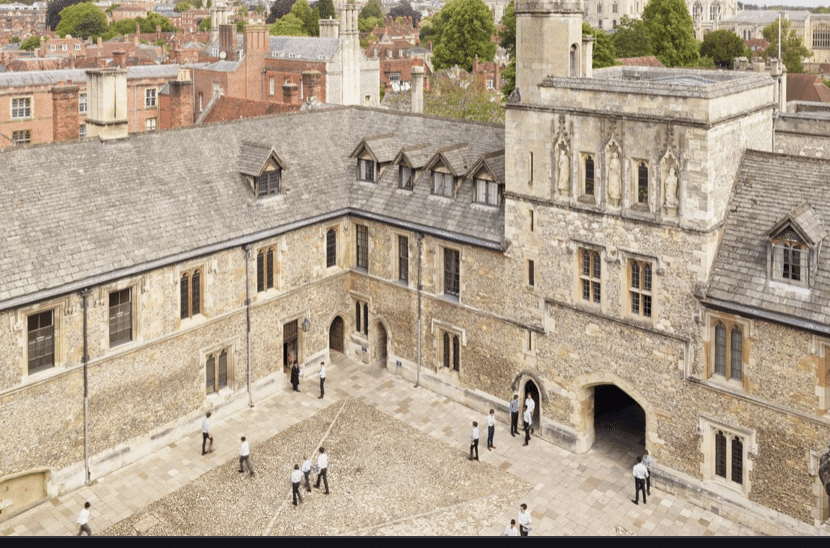 “On 18 January, Winchester College published an independent review of the abuse committed by the late John Smyth QC against a number of former pupils who were at the College from the mid-1970s until 1982. They are some of the many victims of Smyth who were subject to his abuse over more than thirty years. The Warden and Fellows wish to thank all the victims and witnesses who came forward to assist with this review. We acknowledge the courage and determination of the victims in pursuing the truth about John Smyth: their testimony lies at the heart of this review. The College apologises unreservedly for its part in their terrible experiences.

“John Smyth QC, who died in 2018, was Chairman of the Iwerne Trust, a charity which ran evangelical Christian holiday camps for young people. Smyth abused young people in several countries over many years. This abuse was brought to public attention by Channel 4 in 2017 and has since been the subject of a book, Bleeding for Jesus, by Andrew Graystone. In the light of the Channel 4 disclosure, the College commissioned a review from two independent expert reviewers, Ms Jan Pickles OBE and Ms Genevieve Woods. Jan Pickles was assisted in the review of current arrangements by Ms Mary Breen, formerly Headmistress of St Mary’s Ascot.

“Although the current College, in line with standards of safeguarding nationally, has moved on radically from the standards of the 1980s, the Warden and Fellows were clear that there should be a full and independent investigation of what happened in the past. The reviewers were commissioned to carry out a victim-led review, with terms of reference drawn up in relation to Winchester College only, and without comment on the actions of any other organisations. The conclusions reflect the judgements of the reviewers rather than those of the College. The review had three aims: first to enable the victims’ voices to be heard and their narratives shared; second, to provide a chronological account of events, including the response after those at the College first learned of Smyth’s abuse; and third, to identify lessons learned to help prevent abuse in future. The review speaks for itself and demonstrates in particular that John Smyth was able to infiltrate the College’s Christian community and gain access to the College’s pupils, providing him with the opportunity to groom and then abuse them.

“All institutions, as this review urges, should challenge themselves to do better within a society where abuse is increasingly recognised and reported. Vigilance must be constant. We are pleased to confirm that the school’s current safeguarding procedures have been successfully inspected not only by the Independent Schools Inspectorate but also by Ms Pickles and Ms Breen. We thank the reviewers for all their efforts. The review is being published in full.

“In conclusion, the College is conscious that no form of review, however thorough and carefully devised, can ever undo the appalling abuse inflicted by John Smyth and its long-term consequences. However, we hope this review can play a part in supporting the victims and in raising awareness of the importance of best safeguarding practice, to the benefit of this and other schools, as also of young people generally.”

The school has made arrangements with the National Association for People Abused in Childhood (NAPAC) and Stop It Now to provide support to victims.  NAPAC offers a free helpline: 0808 801 0331 or via email at: support@napack.org.uk.  Stop It Now’s free helpline is: 0808 1000 900.  They also offer a confidential live chat service through their website, (www.stopitnow.org.uk/helpline/.