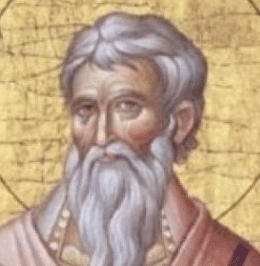 Irenaeus, former Bishop of Lyons, has been named Doctor of the Universal Church by the Roman Catholic Church.  He died in 202 A.D.

He holds the distinction of having taken the longest amount of time from his death until his appointment as a Doctor, 1,800 years.

Irenaeus will become the thirty-seventh person to be awarded such rank.  During his lifetime, Ireneaus had heard the preaching of Polycarp who was known as the last person alive who knew the Apostle John.

His best known book was, Against Heresies which refuted gnosticism.

Towards A Strategy Part 2; by The Revd Dr Mark Pickles