Editorial: Bishops of the Bubble 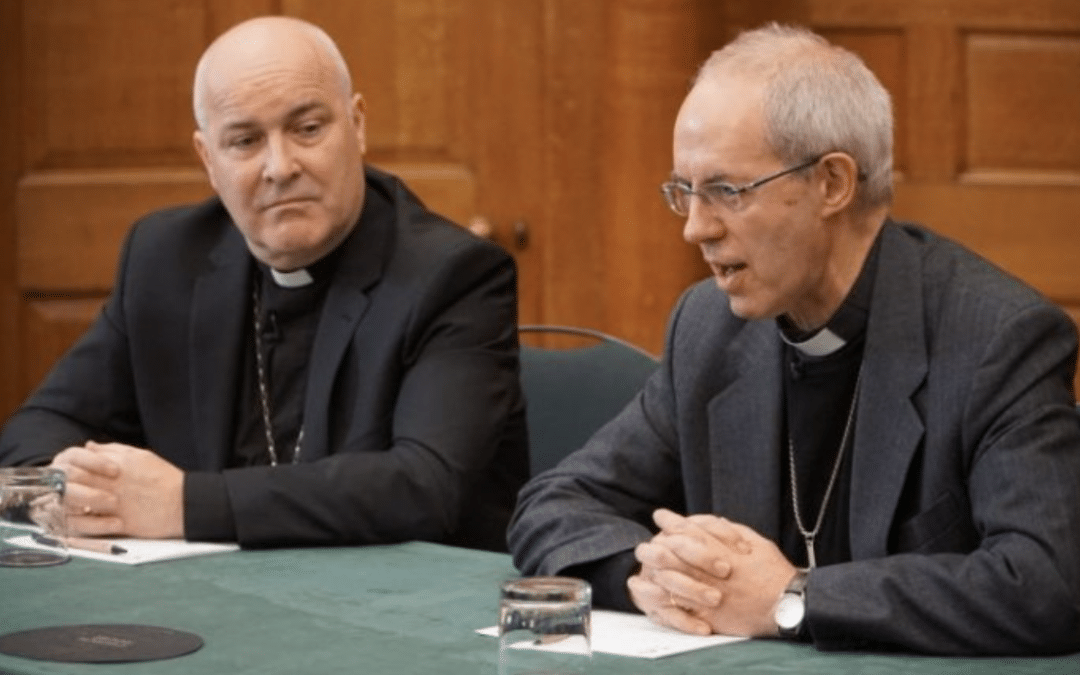 Bishops of the Bubble

This edition of the English Churchman marks one full year since your Editor has been in the job.  It has been a challenging time and will no doubt continue to be so.  Ecclesiastes 1:9 finds itself writ large: “no new thing under the sun.”

The Church of England remains in turmoil. Churches in the other parts of the UK, in Scotland, Wales, and Northern Ireland face issues of doctrinal and moral uncertainty, as the church has from its beginning.

However, the novel ideas said to be emanating from Lambeth Palace may well have been predicted by that wily old mandarin Sir Humphrey Appleby, of Yes, Minister fame: “nowadays politicians want to talk about moral issues, and bishops want to talk politics.”

Last weekend, The Times ran a story about a document they had seen indicating the direction of travel desired for the Church of England by the episcopal residents of Lambeth Palace, Bishopthorpe and the Old Deanery, London.

If adopted, these plans would see the Archbishop of Canterbury form a type of Shadow Government.  Bishops who would not wish to serve a geographical diocese “could be appointed spokesmen on ‘special topics’ about which they have a ‘very particular passion and knowledge’,” reported The Times, “The church could expand the number of ‘non-territorial bishops’. Such roles “could be fixed term.  Examples might have been the appointment of a Brexit bishop or a Covid bishop.”

Who determines which special interests merit a bishopric? Who pays? If the Brexit debate revealed anything about the Church of England, it was that the Bishops were almost solidly Remain whilst parishioners were more likely to vote leave. In the passion of today’s culture wars, would such positions not drive a further wedge between the Bench and the Pew? Would it not become more apparent how remote some bishops are from the concerns of the general population?

Would a specialist Bishop simply represent the Church’s position on an issue to the wider world, or might they become an advocate for change within the Church in favour of particular interest groups, possibly at variance with the Bible?

We live in times when the parish is perceived as being under threat, or at least not looked upon sympathetically by the central church ‘Blob’. These specialist bishops, operating in a void outside a diocesan or parish structure, may become more detached from the life and concerns of the ordinary worshipper. A Bishop of the Bubble?

Why do spokespersons have to be episcopally-ordained to issue a press release on behalf of the church anyway? Short-term advisors could be found to speak on issues as required and advise the Bishops who sit in the House of Lords. Would that not be cheaper and less bothersome than foisting on them a purple shirt and the laying on of hands (not to mention a bishop’s stipend)?

If we are now to have non-territorial bishops, how about Bishops for Evangelism and Discipleship? For Teaching and Defending the Faith? For Growth and Vocations?

What a great place to start.  These bishops would have to have a credible profession of faith in manner of living and in what they have been teaching.  Those that act and believe as mere ecclesiastical historical re-enactors (wearing quaint costumes and playing a part) should be passed over for those who have a demonstrated desire to seek first the Kingdom of God and his righteousness.