Bishop of Blackburn Announces His Retirement to the County 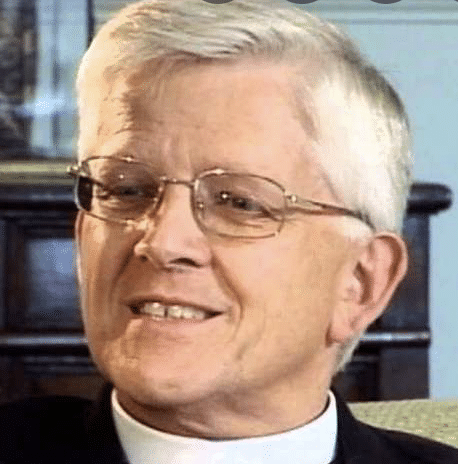 Rt Rev. Julian Henderson, The Bishop of Blackburn, has announced he is to retire from the role after a tenure of nearly nine years.

He will leave in July, immediately after travelling to Canterbury for the international ‘Lambeth Conference’ of all Bishops in the Anglican Communion.

Bishop Julian will delegate the diocesan bishop’s powers during the impending vacancy to Rt Rev. Philip North, Bishop of Burnley.

It was October 2013 when Bishop Julian officially joined the Diocese after the initial announcement of his appointment in March of the same year. He was consecrated by Archbishop John Sentamu at York Minster. This was followed by an Installation Service at Lancashire’s Anglican Cathedral in Blackburn a few days later.

At the announcement in March 2013, Bishop Julian (then Archdeacon of Dorking) spoke to the media during a visit to a foodbank and pledged he was coming to the Diocese ‘in response to a call from God through His church to serve both His people and the whole wider community in Lancashire’ and to be ‘a champion and spokesman for those whose voice is not often heard’.

Bishop Julian has fulfilled those promises in many ways since 2013, most recently after being appointed to the House of Lords, as one of the 26 ‘Lords Spiritual’ in 2020, where he has spoken since on many topics, including in support of those living in deprivation in the County; on ending inequality; on the environment; rural communities and on law and order.

During his tenure as the ninth Bishop of Blackburn, Bishop Julian has overseen a huge transformative programme to reposition the work of the Diocese. Prayerfully, in 2015/2016, he led the launch of a new strategic approach to our work entitled ‘Vision 2026, Healthy Churches Transforming Communities’.

This Vision was embedded in the key principles of making disciples, growing leaders, being witnesses and inspiring children and young people for Jesus Christ and parishes were encouraged to engage with it in ways that suited their local settings. Six years on, and just past the halfway mark to 2026, the Diocese continues to drive forward with a recently refreshed Vision plan.

In his letter, Bishop Julian says: “God willing, my plan is to lay down my Diocesan Pastoral Staff to the Dean in the Cathedral on July 16.

“I can’t quite express how I feel about this, as I would love to stay, do more, be around for our forthcoming Diocesan conference in October and remain part of the extraordinary story of what God is doing in The Church of England in Lancashire in the ongoing implementation of Vision 2026.

“However, my plan all along has been to ensure the Vision is not tied too tightly to me as a person and is owned by the Diocese. I don’t need to be present to see it continue. We have an amazing team who are more than able to carry on the next phase of the work.

“Meanwhile, thank you all for your love and prayer over the last nine years and be assured of the prayers of my wife Heather and I for this very special Diocese. May the churches of Blackburn Diocese be increasingly healthy, transforming their local communities and bringing to Jesus the glory and praise He deserves.”

In his time with the Diocese, Bishop Julian has been part of many extraordinary moments and has led the Diocese through a series of key events; most recently the pandemic during which clergy and laity in churches across the Diocese stepped up and supported their local communities in many creative ways.

Sitting at the core of our Vision 2026 is a strategy rooted in the Bible, prayer and driving forward church growth. Here in Lancashire the prevailing narrative is one of normalising church renewal and planting; aiming for targets of 200 ‘new local congregations’ and 10 strategic church plants by 2026.

Bishop Julian adds: “I plan to finish as I started in 2013, with a short prayer visit to each Deanery in early July. This will be to give thanks to God for the blessings He has bestowed in the last nine years and to look to Him afresh for what lies ahead.”