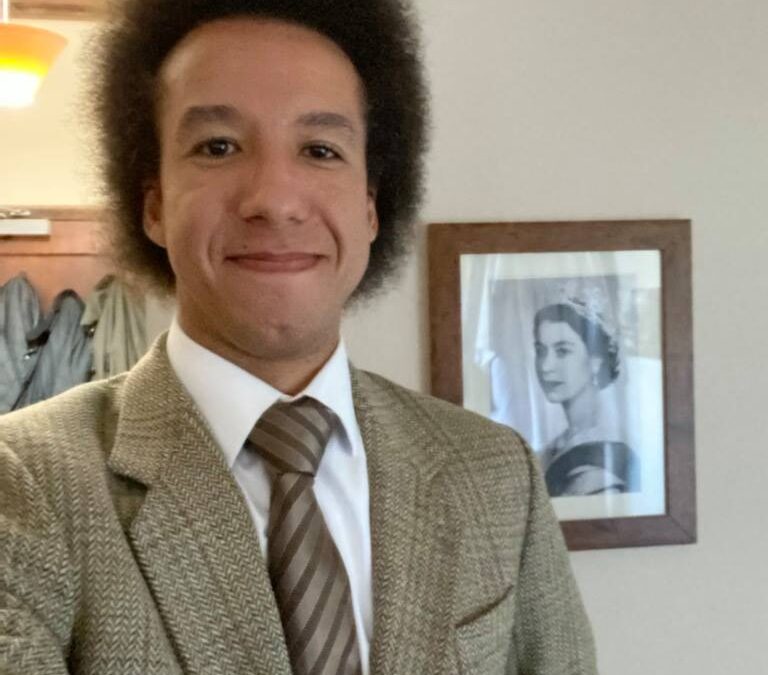 Ordinand for the Diocese of London and GBNews Religious Affairs Editor, Calvin Robinson told The Laurence Fox Show in a recent interview that people within the Church of England are trying to keep him from being ordained.

Ever the provocateur, in his introduction of Robinson, Fox called him “a learned scholar, theologian, television commentator and (tongue in cheek) the mixed race face of white supremacy, Calvin Robinson.”  The ordinand’s father is from Jamaica and his mother from England.

The question then follows, Will he miss the call of the Midwife to ordained ministry? The Bishop of London was in charge of midwifery for the NHS before pursuing ordination.

Robinson, a third year student at St Stephen’s Hall in Oxford is a former teacher and has written for a wide variety of publications including one story for the English Churchman.  He describes himself as a Western Reformed catholic.  He has no problem in hewing to Creedal orthodoxy. Correspondingly, his views are not of the hierarchical liberal nature most commonly emanating from the Diocese of London.

Robinson told Fox that Critical Race Theory has “replaced the Doctrine of Original Sin within the Church and the new original sin is not that we’re fallen but that white people are born racist and need to repent for the sins of their fathers.”

He continued, “The hierarchy of the Church are just as liberal metropolitan elite as the politicians in Westminster.  They want to do good things and are well intentioned but all in the wrong ways.”

Last year, Mullally ordained Jarel Robinson-Brown to serve at St Botolph without Aldgate in London.  Robinson-Brown is the author of Black, Gay, British, Christian, Queer: The Church and the Famine of Grace.  He faced opposition to his ordination due to his theological views but also over his disrespect toward Captain Sir Tom Moore in February of 2021.  In a widely read Tweet after Moore’s death at 100, Robinson-Brown called the national clap for Moore an expression of a “cult of white British nationalism.”

The question that remains is, Will the Bishop of London show as much understanding to an orthodox ordinand as shown to someone clearly revisionist or will Calvin, unlike Robinson-Brown, miss the call of the midwife?

Gospel-Driven Anglicanism: The Vital Importance of the Best Possible Training