There’s a reason why there are so many Protestant churches. It’s the same reason that separated Luther from the other reformers and why they couldn’t just go along to get along. It was because they agreed on virtually everything except for one big thing: the nature of the Lord’s Supper (the meaning of the Latin phrase hoc est corpus meum, “this is my body”).

The “Marburg Colloquy” (October 1-4, 1529) brought Martin Luther and Ulrich Zwingli together with a few of their supporters for the purpose of uniting the principals of early Protestantism. The meeting was called by Philip of Hesse to mend the discord between the reformers. Luther expressed his unhappiness about the meeting before he arrived, was stubbornly defiant during the four days of meetings, and he left like an impudent child refusing to shake hands with his opponents. His was the loudest voice in the room. Although they reached agreement on 14 of 15 articles of Christian belief that Luther proposed (the Marburg Articles), the meeting is remembered for what it failed to accomplish: “We have not been able to agree at this time whether the true body and blood of Christ are corporeally present in the bread and wine.”

Luther and Zwingli represented opposite poles in understanding. Luther argued for a material real presence in the bread and wine of Holy Communion while Zwingli was sure it was a memorial meal that is linked to Christ’s body only by imagination and by faith. Calvinists and Anglicans, the next generation of Protestants, held a middle way between Luther and Zwingli that is based on the central biblical doctrine of justification by grace through faith alone.

A little background might be helpful. In Lutheran understanding, Christ’s body is objectively present in the mouth of all who partake of the sacrament, whether or not they believe it or want it. This even has a name: manducatio indignorum (the eating of the unworthy). For Lutherans, even unbelievers (and dogs, “if they by chance do eat the sacramental bread” wrote Cranmer) who unworthily partake of the supper have not only bread in their mouths, but Christ’s very body. John Calvin and Thomas Cranmer were obviously not present at Marburg, but they came to believe that we do not partake of Christ’s real presence without faith. So, for Lutherans, Christ’s bodily presence is in the blessed bread and wine as it sits on an altar to be adored or lifted up by the priest for all to gaze upon.

For Calvin and Cranmer, Jesus’s real presence is in the heart and affections of those who receive the grace, the spiritual presence of Christ, by faith. People who receive the sacrament without faith obviously receive the bread into their mouths, but not Christ. In this via media (Calvin and Cranmer), Christ’s body is objectively offered, but not objectively or automatically present apart from faith. Calvin argued that Christ’s body is objectively presented rather than objectively present – “it is one thing to be offered, another to be received” (Institutes 4:17.3). Cranmer dedicated the third book of his fullest discussion of the Lord’s Supper to the question of “the presence of Christ in the sacrament” (A Defense of the True and Catholic Doctrine of the Sacrament, written in 1548 and published in 1550).  Archbishop Cranmer said that Christ is spiritually, not corporeally, present in the sacrament because his “body” ascended to heaven where he is today interceding for us. And furthermore, said Cranmer, the grace of the sacrament is received in the hearts and affections of the faithful recipients – “He is in them that worthily eat and drink the bread and wine. . . he is received in the heart, and entirety in by faith” (Book 3, Ch II). Jesus is really present in the Lord’s Supper, not in the bread and wine, but “to such as rightly, worthily, and with faith, receive the same” (Thirty-nine Articles, Article 28).

In an important new essay, Ashley Null discusses his life’s work on Thomas Cranmer’s commonplace notebooks on the eucharist. He shows how the church fathers, and notably Cyril of Alexandria (c. 376-444), deeply influenced Thomas Cranmer’s understanding of what happens in Holy Communion. Cyril, in his eleventh anathema against Nestorius, maintained that Christ’s humanity and divinity cannot be separated as Nestorius did when he talked about Jesus’s humanity on the earth while his divinity continued to fill the heavens. Cyril then went on to apply his christology to the undivided Christ in the Eucharist, which Cranmer picks up on.

Cranmer taught that, because Christ bodily ascended to heaven where he remains until the day of his Second Coming, he is spiritually present in Holy Communion for those who receive the grace of the sacrament by faith. In addition, Cranmer understood that, since Christ cannot be separated body and spirit, Holy Communion reunites us to the whole Christ, body and spirit, in heaven. If we were baptised with him into death and raised with him in his resurrection (Rom 6) to be seated in the heavenly places in Christ Jesus (Eph 2), then the one time miracle of union with him 2,000 years ago and the opportunity for reunion with him in the Lord’s Supper helps us understand the meaning of Communion. Cranmer believed two things in tandem: that Christ is spiritually present in the Eucharist, and through faithful contemplation we are reunited with the whole Christ in heaven by the power of the Holy Spirit. Dr. Null writes, “The sacrament’s proper focus was not the transformation of the elements, but of the human will, by means of union with Christ through spirit-empowered faith.”

The Revd Canon Chuck Collins is the Director for the Center for Reformation Anglicanism. 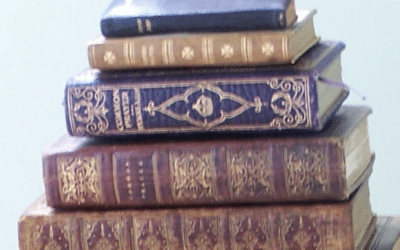