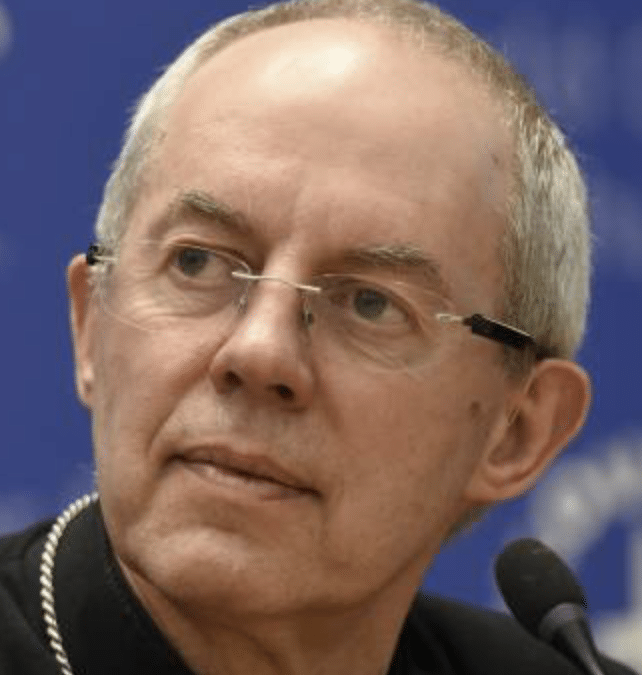 Poll Shows Majority Want Welby Out of House of Lords

Prime Minister Johnson’s criticism of the Archbishop’s intervention was called a “disgraceful slur.”  The comment was attributed to John Bingham.  Bingham is in charge of the Church of England’s news efforts.  Johnson had stated that Welby’s understanding of the Government’s policy  was “misconstrued.”

A Techne UK poll commissioned by the Express newspaper reveals that 62% of Britons want Church of England Bishops removed from the House of Lords.  This comes in the wake of the Archbishop of Canterbury’s Easter message where he attacked the Government’s decision to process illegal immigrants in Rwanda rather than the UK.

Only 19% of respondents wanted the Bishops to remain in the House of Lords.

The Conservative MP from Dudley North, Marco Longhi told the Express, “A very large number of people are rightly upset at AOC [Archbishop of Canterbury] Welby’s foray into politics.  But he’s entitled to his opinion, and I am entitled to mine.  At least I have an elected mandate and I certainly disagree with his assertion of what is ‘un-Godly’.  Only God knows that, and he should not assume to know what God knows, in my humble opinion.

“Some might think that he abuse and cover up of clergy abusing children is un-Godly.  Explaining the very strong reduction in church attendance might be a better focus for him.  Time for reform in the House of Lords.”

Another Conservative MP, Andrew Bridgen, North West Leicestershire, put it more bluntly when he told the Express; “It’s not surprising that people question the right of bishops to sit in the House of Lords.  We want spiritual leadership, not political activism.

Only one bishop in the Church of England supported Brexit whilst the majority of the members of supported leaving.