For the Curious Anglican Travellers Amongst Us 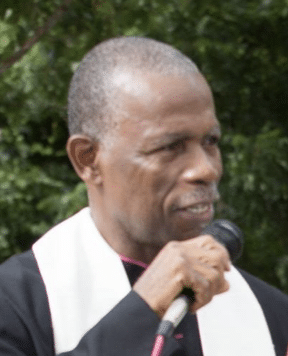 For the Curious Anglican Travellers Amongst Us

Many of our readers vacation on one of the islands in the Diocese of the Northeastern Caribbean and Aruba.  The twelve island diocese has many direct flights from Heathrow and the Continent and the new bishop, The Rt Revd Ernest Flemming has announced his first group of diocesan appointments.  We publish the information so our readers will know the names of the key clergy when they find themselves holidaying away in warmer latitudes from Old Blighty.

Bishop Flemming, until his recent election, was Dean of the Cathedral of St John the Divine in St John’s, Antigua and has named the Revd Canon Dwane Cassius, Rector of St George’s & Barnabas on St Kitts, to become his successor.  Cassius has previously served two parishes on Antigua. He will assume his new responsibilities on 1 July.

In accordance with the Diocesan Constitution, all office-holders submit their resignation at the election of a new bishop.  After receiving the resignations, Bishop Flemming chose to reappoint of two of the archdeacons and fill the third which was vacant.

All twelve islands of the Diocese of the North Eastern Caribbean and Aruba are found between 18 and 12 degrees Latitude North.