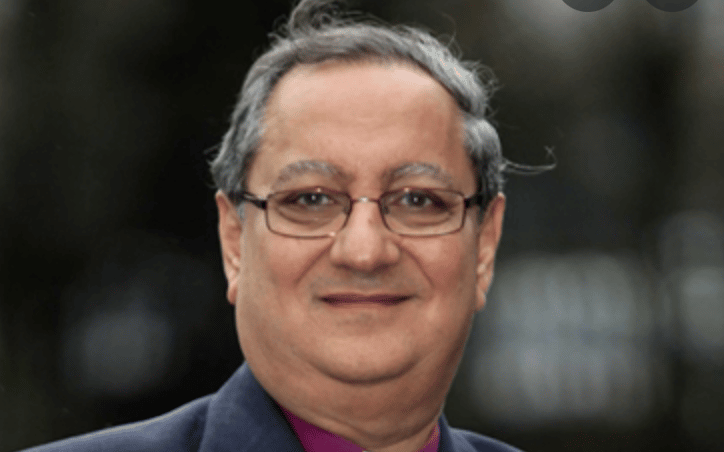 “Unity must not be at the cost of truth.”

Archbishop (Emeritus) Mouneer Anis, former Archbishop of Alexandria aand Archbishop Justin Badi of South Sudan have issued calls to bishops worldwide in advance of this year’s Lambeth Conference which starts 27 July at the University of Kent. Badi is the Chairman of the Global South Fellowship of Anglicans.

Not all GSFA provinces are part of the better known Global Anglican Fellowship Conference or by the acronym, GAFCON.

“The Anglican Communion cannot deal with the brokenness of the world if she herself is broken”, so said Archbishop (Emeritus) Mouneer Anis in a letter sent this week to all the orthodox bishops attending the Lambeth Conference, starting on 27 July.

Archbishop Mouneer is the Hon Adviser to the Global South Fellowship of Anglican Churches (GSFA) which makes up 75% of Anglicans worldwide, and whose bishops are orthodox on matters of marriage and sexuality. He recently retired from the office of Bishop of Egypt and Archbishop of Alexandria.

The Archbishop, 70, who is widely respected across the Anglican Communion, is a veteran of the Lambeth Conference and of Anglican Consultative Councils.

In a briefing paper to orthodox colleagues, the Archbishop says that the “Anglican Communion stands at a crossroads. One road leads to healing the current divisions and another road makes the situation worse and irreparable between traditional and revisionist Anglicans.”

Archbishop Mouneer, a former medical doctor, says that whilst the upcoming conference at the University of Kent represents a “great opportunity to resolve these divisions”, unless the conference organisers allow the gathered bishops to deal with the matter of sexuality head-on, they might complete the conference, “but find out that the operation succeeded, but that the patient is dead.”

He says the solution lays in the fact that all provinces must remember that they are part of one body, and one communion. He explains: “unfortunately some provinces put emphasis on being autonomous and forget the necessity of being interdependent. In other words, they forget that what affects all should be decided by all.”

The Archbishop, who in 2018 received the Lambeth Medal from the Archbishop of Canterbury, Justin Welby for his work of peace and reconciliation in the Middle East, says that whilst he and others are praying for unity at Lambeth, “that unity must not be at the expense of truth.”

He concludes by encouraging orthodox Global South bishops attending to “share their views graciously, lovingly but boldly,” on matters of marriage, sexuality, the authority of scripture and
the uniqueness of Christ. He said: “it is our duty to proclaim the truth and leave the outcome to God; at the end, He is the head of the church.”

“I pray also for courage to resist the pressures from our societies, particularity the western ones. These societies are pushing their moral ‘norms’ onto the rest of the world. When the church accepts these moral norms, she loses her distinctiveness as salt and light in the world.”

His letter reinforces the message of the Chairman of the GSFA, Archbishop Justin Badi from South Sudan, who just two weeks ago sent a video message to hundreds of GSFA bishops attending the conference, outlining four key priorities.

● Foster the Unity of the Orthodox, whilst being a faithful witness and the ‘defender of the faith
once delivered’

● Sound a clarion call to Biblical Faithfulness, including seeking the ‘re-affirmation of Lambeth
1.10’* as the ‘official teaching’ of the Anglican Church on marriage and sexuality

● Stand by our principle of not being a ‘breakaway group’ from the Anglican Communion.
(GSFA sees itself as part of the ‘holy remnant’ that God has preserved in the Anglican
Communion), and to

● Spur on the faithful in the Communion to get the Gospel out into the world, earnestly
defending the purity of faith in order that it might be propagated to a lost and needy world.

Editorial: Lambeth 2022 Communion at a Crossroads