Katherine Parr, the sixth and last wife of Henry VIII, helped steer the Church of England into Protestantism. She began where most of the English reformers did, as a follower of Erasmus and the Renaissance humanists who concerned themselves with the study of the original sources (ad fontes — “to the sources”). This led her naturally to the Bible, the “original” original source, and then to the central teaching of Scripture: salvation by grace through faith alone (sola fide). As Queen of England and Ireland (1543-47), she delicately used her limited authority to encourage the Protestant revival of her day.

When did she get the reformation bug? Henry appointed Katherine – yes, a woman! — as Regent (ruler of England) in the summer of 1544 while he worked out of the country, and he ordering Thomas Cranmer to serve her as one of her advisors. Some think she might have had daily contact with the man who was the architect of the Church of England’s liturgy and theology. From John Foxe’s account, it was Katherine who strongly encouraged Henry to press for more of Cranmer’s reforms and to end the “superstitions” of Rome. Her greatest influence for reformation in England might have been the impact she had on Henry’s children, and especially Elizabeth and Edward. She instructed them and guided them, and provided a real home and family for their nurture.

Following Mary’s short reign as Queen, Edward VI and Elizabeth I settled the Church of England as a decidedly Protestant church with the publication of the first Books of Common Prayer, England’s confession (the Articles of Religion), and two books of Homilies to instruct the nation in the evangelical faith. Katherine did something quite unusual for women of her time; she wrote three books. Included in her writings was an intensely personal testimony, The Lamentation of a Sinner (1546), in which she chronicled her journey from the traditional Medieval Catholicism to justification by grace through faith alone in Christ alone. The Lamentation of a Sinner was not published until after Henry’s death in January 1547. Katherine Parr is an unsung hero of Reformation Anglicanism. Her burial was the first public Protestant funeral for a major figure to be held in England.

“I count myself one of the most wicked and miserable sinners, because I have been so much contrary to Christ my Saviour…And I, most presumptuously thinking nothing of Christ crucified, went about to set forth mine own righteousness, saying with the proud Pharisees, ‘Good Lord, I thank thee, I am not like other men.”

— Lamentation of a Sinner

“But now what maketh me so bold and hardy, to presume to come to the Lord with such audacity and boldness being so great a sinner? Truly nothing but his own word. For he saith, ‘Come to me, all ye that labour, and are burdened, and I shall refresh you’.”

— Lamentation of a Sinner

Anglican Futures: “Recycle and Be Baptised Every One of You” 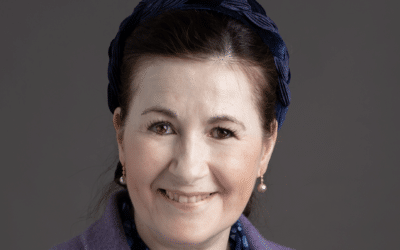