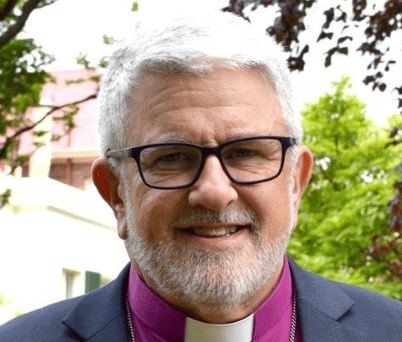 “We are at an important moment in the history of the Anglican Church in Australia,” said Bishop Richard Condie, Chair of GAFCON Australia.

Last week, over 350 Anglicans from around Australia, New Zealand, Papua New Guinea and Vanuatu are gathering in Canberra for the inaugural GAFCON Australasia Conference to encourage one another to continue proclaiming Christ faithfully.

Bishop Glenn Davies is the first Bishop of the Diocese. Already, its first church, Southern Cross Anglican Beenleigh and Logan, has met under the leadership of the Revd Peter Palmer.

At the recent General Synod, a majority of bishops were unable to uphold the Bible’s ancient teaching on marriage and sexual ethics. Many Anglicans in Australia are distressed by their failure and the moves in their own dioceses to lower the standards of sexual ethics for leaders.

At the recent Lambeth conference, The Bishops of the Global South said,

“To us in our provinces, this is not primarily about gay sexual practices and unions, but rather that Anglicans look first and foremost to be guided in their faith and order by Scripture, and not by the passing cultural waves of Western society … as disciples, we are not told in Scripture to mould Jesus into ‘our’ image, but to be continually transformed by the Spirit into ‘His’ image.”

“The issue for us is the authority of the Bible,” says Richard Condie. “The decisions at the recent General Synod, the 2020 Appellate Tribunal opinion that opens the way to blessings for same-sex marriages, and the watering down of standards of behaviour in changes to Faithfulness in Service are examples of this. The Diocese of the Southern Cross provides an Anglican home for those who feel they need to leave their current Dioceses.”

We long to see all Australians come to know the love of Christ. This love of Christ cannot be known unless our witness is faithful and clear.

This Diocese is connected to the GAFCON movement internationally. GAFCON stands for the renewal and reform of the Anglican church by recovering its biblical foundations. It embraces the majority of the world’s worshipping Anglicans.