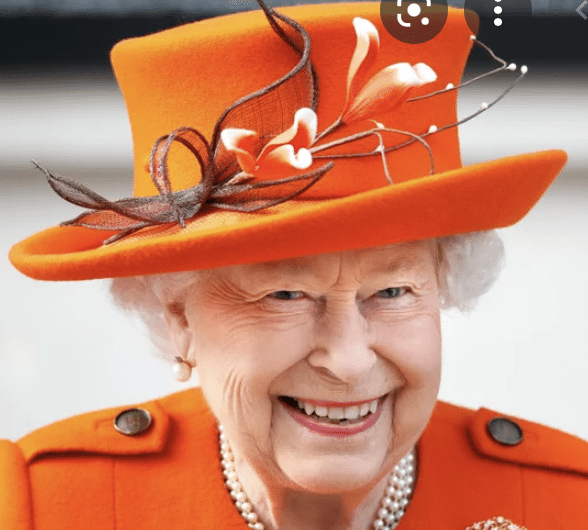 The Faith of the Queen

As far as we know, Queen Elizabeth II commended only one book published during her long reign. In 2016 she penned the Foreword to a volume produced jointly by the Bible Society, HOPE and the London Institute of Contemporary Christianity. It was a celebration of the Monarch’s ninetieth birthday entitled The Servant Queen, and the King She Serves. This illustrated short book uses the Queen’s own words to describe her Christian faith.

Had the title of this book been inaccurate, the Queen would not have commended it. Had the contents been askew, they would not have received Royal approval. Indeed, the book observed that although the Queen was the most famous woman in the world, there were many things we did not know about her personally: “the Queen has kept most of her thoughts to herself… Curiously, that is not the case about her faith in Jesus. About Jesus she has been remarkably, one might say, uncharacteristically open about what she believes.”

This willingness to speak about the Christian faith has been evident in the Queen’s Christmas broadcasts throughout her reign; the Good Samaritan referenced as an example of love and duty towards one neighbour, the gifts of the Wise Men as examples of generosity, even The Pilgrim’s Progress by John Bunyan was quoted on one occasion.

At Christmas 2000, the Queen spoke more directly about her faith, focusing on the life, death and resurrection of Jesus Christ, “For me the teachings of Christ and my own personal accountability before God provide a framework in which I try to lead my life. I, like so many of you, have drawn great comfort in difficult times from Christ’s words and example.”

This word of personal testimony received much public approval in feedback. Reports suggest that the Queen received twenty-five times more letters than usual in response to that broadcast. It is said the Duke of Edinburgh also encouraged his wife in continuing to speak about her faith at Christmastime. The simple yet meaningful way in which she spoke about Christ to Nation and Commonwealth stood in contrast to an era in which politicians famously “didn’t do God.” As one journalist remarked, “As Britain has become more secular, the Queen’s messages have followed the opposite trajectory.” Some hailed the Queen as the “best evangelist the Church of England has,” whilst even a Vatican official referred to her as “the last Christian monarch”.

The Queen’s attachment to the Christian faith was not merely constitutional and ceremonial; it was personal. This explains her determination to keep that remarkable vow made as a twenty-one-year-old, “I declare before you all that my whole life whether it be long or short shall be devoted to your service and the service of our great imperial family to which we all belong.” – a vow she did indeed fulfil to the very final days of her life.

The evangelist Billy Graham spoke warmly of the Queen’s faith and example as can be seen in these extracts from his autobiography, Just As I Am:

“No one in Britain has been more cordial toward us than Her Majesty Queen Elizabeth II. Almost every occasion I have been with her has been in a warm, informal setting, such as a luncheon or dinner, either alone or with a few family members or other close friends.

“Her official position has prevented her from openly endorsing our Crusade meetings. But by welcoming us and having me preach on several occasions to the royal family at Windsor and Sandringham, she has gone out of her way to be quietly supportive of our mission.

“I always found her very interested in the Bible and its message. After preaching at Windsor one Sunday, I was sitting next to the Queen at lunch. I told her I had been undecided until the last minute about my choice of sermon and had almost preached on the healing of the crippled man in John 5. Her eyes sparkled and she bubbled over with enthusiasm, as she could do on occasion. ‘I wish you had!’ she exclaimed. ‘That is my favourite story.’”

The Queen’s faith was not expressed only in her Christmas messages; in a unique Easter message she spoke of Christ’s resurrection to the nation needing hope during the COVID-19 crisis in 2020: “This year, Easter will be different for many of us, but by keeping apart we keep others safe. But Easter isn’t cancelled; indeed, we need Easter as much as ever. The discovery of the risen Christ on the first Easter Day gave his followers new hope and fresh purpose, and we can all take heart from this. We know that Coronavirus will not overcome us. As dark as death can be — particularly for those suffering with grief — light and life are greater. May the living flame of the Easter hope be a steady guide as we face the future.”

In commending the book The Servant Queen, and the King She Serves, the Queen gave this simple word of personal testimony, “I have been – and remain – very grateful to you for your prayers and to God for his steadfast love. I have indeed seen his faithfulness.”