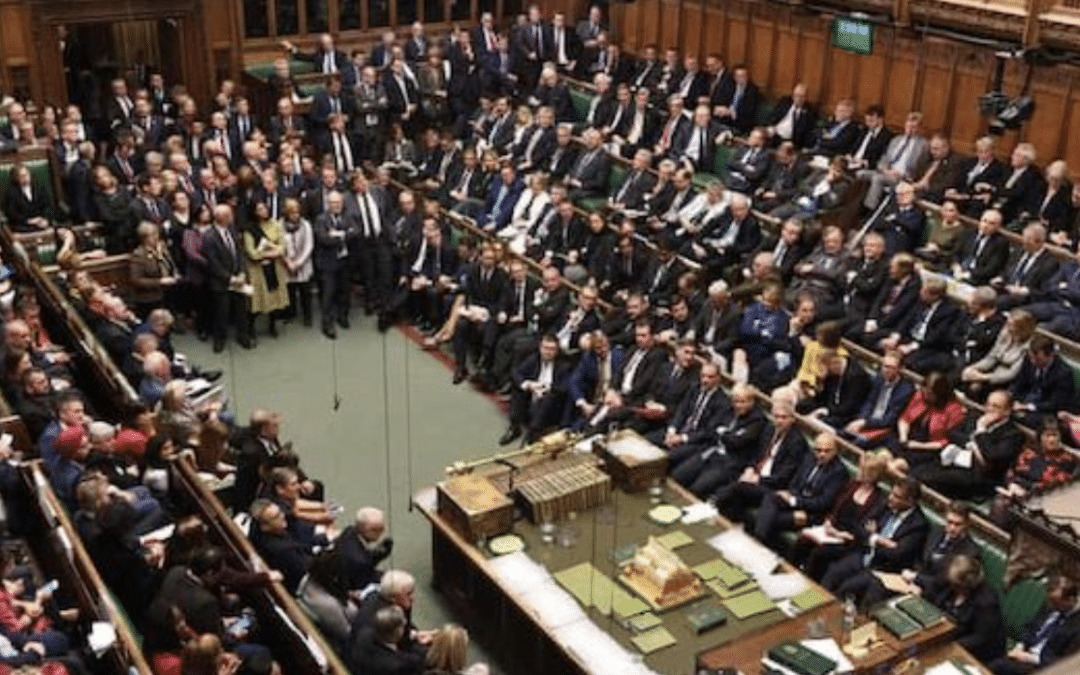 In a statement given shortly after the announcement of the Queen’s death, Archbishop of Canterbury, Justin Welby said: “As we grieve together, we know that, in losing our beloved Queen, we have lost the person whose steadfast loyalty, service and humility has helped us make sense of who we are through decades of extraordinary change in our world, nation, and society.

“As deep as our grief runs, even deeper is our gratitude for Her Late Majesty’s extraordinary dedication to the United Kingdom, her Realms and the Commonwealth. Through times of war and hardship, through seasons of upheaval and change, and through moments of joy and celebration, we have been sustained by Her Late Majesty’s faith in what and who we are called to be.”

The Archbishop of York, Stephen Cottrell paid tribute to the Queen’s “constant, faithful presence” and her “desire to live out Jesus’ teaching.”

“The Queen was not shy in speaking of her faith and the hope and strength she found in Jesus Christ. At the heart of the good news of God is that through the death and resurrection of his son Jesus, the promise of new and eternal life is offered to us all. This belief, this hope, sustained our Queen and as she rejoices in that promise fulfilled so we too can draw comfort and hope from it.”

The Bishops of the Church of Wales paid this tribute: “We will all be mindful of the commitment she made on her twenty-first birthday in 1947, when she promised her whole life to the service of the people. It is a commitment from which she never flinched, and a service which she gave gladly. She endured through good times and bad, through celebrations and setbacks in the life of the nation.”

The Primus of the Scottish Episcopal Church, Mark Strange commented, “Her Majesty understood and believed in the promises of God. In her many statements over the years, she spoke always of moving forward, serving the country that she loved, and giving thanks to God for the life she lived.”

The Moderator of the General Assembly of the Church of Scotland, Dr Iain Greenshields, said “Tireless in her duty, the Queen has demonstrated a life of selfless dedication. Her love for her family was mirrored in her love for our nation and the wider Commonwealth.

Archbishop John McDowell, Primate of All Ireland recalled, “Her many visits to Northern Ireland were evidence of her awareness that she had been crowned Queen of the United Kingdom of Great Britain and Northern Ireland, and her conscientiousness in living out that role… We thank God for the life of Queen Elizabeth II, for her faithfulness to Him and to her calling, from which we have gained so much.”

The Board of Trustees of FIEC, the Fellowship of Evangelical Churches, said in a statement: “The Queen exemplified a life of service, putting others before herself and often serving without regard to personal cost – most noticeably seen in her crowded calendar and in the way she dutifully carried out many of her responsibilities. She was a great example of such service at a time when such selflessness is increasingly uncommon.

“We also affirm the public manner in which she spoke about her Christian faith. Such conspicuous allegiance to Christianity amongst public figures is rare and her boldness to say what she thought was always welcome.”

In the House of Commons, among the many tributes from MPs were warm words about the Queen’s Christian faith.

David Jones, Conservative MP for Clwyd West said, “While we and our constituents feel the most profound grief at her passing, and our mourning will undoubtedly continue long beyond her funeral, we must find comfort in the knowledge that our Queen, strong in the Christian faith that sustained her throughout her life, has returned home and is at peace.”

Sir Jeffrey Donaldson, DUP leader remarked, “Her Majesty led by example in Northern Ireland, and reached out the hand of friendship to help with the reconciliation process. We are duty bound to build on that foundation. The royal visit to the Republic of Ireland in 2011 was groundbreaking, and the warmth with which Her Majesty was received demonstrated that she was revered and respected far beyond the United Kingdom. I remember with fondness her speech during that visit, in which she again referred to her Christian convictions and reminded us that forgiveness lay at the heart of her faith, and that ‘it can reconcile divided communities.’”

His party colleague Carla Lockhart (Upper Bann) added, “Prime Ministers were to come and go, but Her Majesty remained constant, steadfast and sure, and that sense of a surety for Her Majesty came from her faith—her love for Christ, which she often spoke of in her Christmas message. That faith gave her the strength to fulfil her earthly vocation, and while we thank her for her service today, she receives her heavenly reward for service to her King.”

Sir Gary Streeter, Conservative MP for SW Devon focused on “her excellent Christmas broadcasts every year… Her ability to connect with the whole nation was never better expressed than through her Christmas day broadcasts. In our household, as in many others, they were unmissable events, and in recent years the whole day was shaped around them.

“In particular, the Queen used those opportunities to remind the nation of the true meaning of Christmas, namely the birth of her saviour—our saviour—Jesus Christ. On 3 August this very year, she said: ‘Throughout my life, the message and teachings of Christ have been my guide and in them I find hope.’

“It was a simple but clear explanation of the influences that had shaped her life. In our celebration of her greatness as a monarch, she would want us to recognise the significance of the gospel message that produced such fruit in her. If she was the rock on which modern Britain was built, it was because she stood on the true rock—the rock of ages.”

Barry Gardiner, Labour MP for Brent North observed, “Many have spoken of her life as a pattern of duty and service, and it was. But the virtues which, in my view, her life so manifestly displayed are what Christians call the fruit of the spirit: love, joy, peace, patience, kindness, goodness, faithfulness, meekness, temperance.”

Danny Kruger, Conservative MP for Devizes commented, “It is worth noting that while she dedicated her long life to the service of the people, she held herself accountable not to us, but to a higher power. This was the source of her joy and her goodness.”

In the House of Lords, Conservative peer Lord Wei gave this tribute: “Many have remarked on how important her faith was in all she did. As a follower of Jesus, I would go further and say she was a steadfast believer, not just because she would go to services, or because she was the head of our established Church, but because she genuinely believed in Christ, in the promise of eternal life for those who put their hope in Him and in His Lordship—Christ at whose feet it has been said she longed to cast her crown when they finally met. Because He died for her and for us, laying down His life as a servant king for us, forgiving us our sins, so too she felt she could devote her life to serving us as a servant Queen, bringing reconciliation where it was needed.”