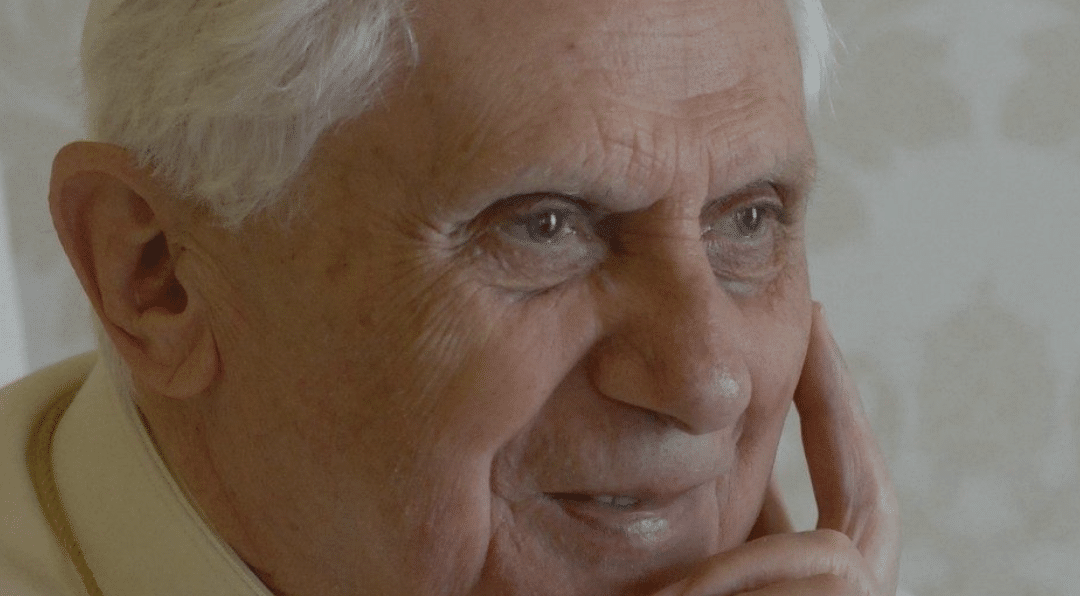 Former Roman Catholic Pope Benedict XVI died on 31 December.  He assumed office on 19 April 2005 and resigned due to ill health on 28 February 2013.  He was the first pope since 1415 to resign from office and was designated Pope Emeritus in retirement.

Born Joseph Ratzinger on 16 April 1927 in Marktl, Bavaria, he saw action at the end of World War II as a conscripted 18 year old before deserting in April 1945.  He came from an anti-Nazi family.

Ratzinger was ordained a priest in 1951. He was made Bishop in May 1977, then Cardinal by Pope Paul VI one month later.

He spent his career in academic appointments before being chosen as Archbishop of Munich.  In 1981 he became the Prefect of the Congregation for the Doctrine of the Faith. Before Vatican II it was known as Supreme Sacred Congregation of the Roman and Universal Inquisition.  He also served as Cardinal Bishop of Velletri-Segni and Ostia before being elected to the papacy.

His academic abilities and writing won him admirers from those within and outside of the Roman Catholic Church.  He was known to be fearless in his defence of the Roman faith and yet maintained a reputation for humility and kindness that enabled fraternal relations with other Christian jurisdictions.

Others are much more properly equipped to write a definitive obituary of the late pope but we include the last paragraph of his letter to the Diocese of Munich from February 2022.

They speak for themselves.

“Quite soon, I shall find myself before the final judge of my life. Even though, as I look back on my long life, I can have great reason for fear and trembling, I am nonetheless of good cheer, for I trust firmly that the Lord is not only the just judge, but also the friend and brother who himself has already suffered for my shortcomings, and is thus also my advocate, my “Paraclete”. In light of the hour of judgement, the grace of being a Christian becomes all the more clear to me. It grants me knowledge, and indeed friendship, with the judge of my life, and thus allows me to pass confidently through the dark door of death. In this regard, I am constantly reminded of what John tells us at the beginning of the Apocalypse: he sees the Son of Man in all his grandeur and falls at his feet as though dead. Yet He, placing his right hand on him, says to him: “Do not be afraid! It is I…” (cf. Rev 1:12-17).”