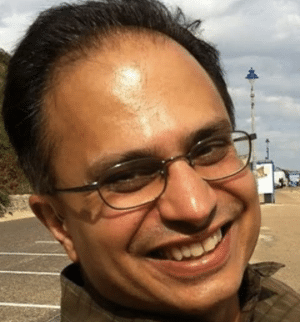 By the Revd Dr Rohintan Mody

This week, a big story has hit the mainstream media:  the story of the first non-binary vicar. According to the media, the Revd Bingo Allison is, to his knowledge, the first openly non-binary minister to be ordained in the Church of England.

Bingo Allison wants all to use the plural pronoun “they” when referring to him. Quite apart from the grammatical confusion, I shall continue to refer to Revd Allison as “he” and “him” for the theological reasons below.

According to the media interviews, Revd Allison comes from a traditional, orthodox Christian family background and had a conservative view on human sexuality. However, he says that he has been on a “journey”. He records that during his ordination training, Revd Allison, changed his mind because of his new understanding of Genesis 1:27 which says: “So God created man in his own image, in the image of God he created him; male and female he created them.” (ESV). Revd Allison believes that since God says “from maleness to femaleness” rather than “men and women”, God was guiding him to this new truth about himself, that is, a non-binary truth about his real identity (both male and female). According to non-binary theory, human beings can be “gender fluid” both male and female, at one and the same time, indeterminate and not fixed, and therefore the use of the preferred pronoun “they.” Hence, Revd Allison says he is now “non-binary.”

Let’s consider carefully Revd Allison’s biblical and theological argument. First, the context of Genesis 1 is clear: It is about the ordered (not fluid) creation of the cosmos by the Word of God. Secondly, Genesis 2:23 interprets Genesis 1:27’s “male and female” as being quite specifically Man and Woman: “Then the man said, “This at last is bone of my bones and flesh of my flesh; she shall be called Woman, because she was taken out of Man.” (ESV). Thirdly, in Genesis 1:27, says “male and female” not “from maleness to femaleness”. “Male and female” are not fluid, abstract, philosophical concepts in the Bible, but physical and sexual terms in Hebrew understanding; “male and female” refers to men having male genitalia and women having female genitalia. Fourthly, God’s reason and goal in creating men and women as exclusively male or female, was that men and women would pair off, get married, and have children: “be fruitful and multiply and fill the earth” (Genesis 1:28, cf. 2:24-25 ESV.) This not merely a divine blessing or a command, but God’s creation ordinance: That is, it is something that is written by God into human beings’ DNA. We are “hard-wired”, so to speak, by the Creator as either men with male physical organs, or women with female physical organs.

If the media reports are factually accurate, then may I request that the Bishop of Liverpool (Revd Allison’s Diocesan) helps Revd Allison with his personal issues and tells him to stop giving interviews to the media about his non-binary theology, because it is unbiblical and false teaching. The Bishop has promised to teach the truth and drive away false teaching. All Bishops must fulfil their consecration vows.

Dr Mody is a Lecturer in New Testament Studies.

The Calling of Bingo