An Insincere Jargon Filled Betrayal of the Gospel 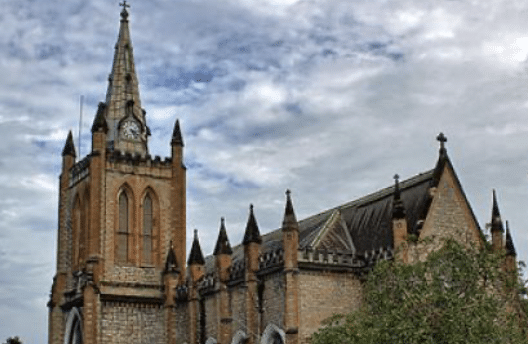 “An Insincere Jargon-filled Betrayal of the Gospel”

The Bishops of the Church of England have published their proposals on human sexuality, to conservative dismay. Dissatisfied progressives have responded by tabling a motion to General Synod asking for same-sex marriage proposals to be brought to the Synod meeting in July.

The bishops will issue an apology to Lesbian, Gay, Bisexual, Transexual, Queer, Intersex, and other people (LGBTQI+) for the “rejection, exclusion, and hostility” they have faced in churches. In the document Prayers of Love and Faith they “offer the fullest possible pastoral provision without changing the Church’s doctrine of Holy Matrimony for same-sex couples through a range of draft prayers, known as Prayers of Love and Faith, which could be used voluntarily in churches for couples who have marked a significant stage of their relationship such as a civil marriage or civil partnership.”

New pastoral guidance will replace Issues in Human Sexuality, which binds clergy to celibacy outside of heterosexual marriage.

The bishops assert that “The formal teaching of the Church of England as set out in the canons and authorised liturgies – that Holy Matrimony is between one man and one woman for life – would not change.” They offer, however, services of dedication and prayers of blessing on same-sex couples who marry or couples who enter civil partnerships. These liturgical offerings would be “would be voluntary for clergy to use”.

These proposals, which follow a six-year Living in Love and Faith process of discussion, will be outlined in a report to the General Synod, meeting in London next month.

He asked, “How can we promote and bless and celebrate and give thanks for things which God has not blessed?

“It is sleight of hand at best and a downright lie at worst to claim that allowing for the blessing of same-sex marriage relationships in church is not a change in the Church’s doctrine of marriage. Sex outside of heterosexual marriage is sinful, and has always been recognised as so by the church in every place and in every time. It has been recognised as so by the General Synod. To change this, in order to bless homosexual relationships, is not just a piece of minor tinkering.

“The great theologian Thomas Aquinas said that if someone teaches that God is not a Trinity, or that sexual immorality is not a sin, then they are a heretic (see his commentary on Titus 3). That has always been the universal teaching of the church. To accept this change is to change our doctrine and practice, because our practice reflects our doctrine. It would make us heretics, just as surely as if the bishops told us we could use Unitarian prayers and were at liberty to argue against the doctrine of the Trinity. The bishops can’t make it a non-change simply by stating that this change is not a change. For us to swallow such casuistry requires far too much mental gymnastics. It convinces no-one.

“Perhaps this is the art of compromise, doing something that will please no-one? Liberals are not happy because the proposals do not bring in gay marriage in full, and the kind of radical inclusion they were looking for. Conservatives are not happy because the proposals would enshrine heresy in the church. Those who treasure unity above all are askance at all the disunity. So should we be content that nobody gets everything they want, and try to make it work?

“The main question ought to be: does this please God, or not? But God seems to have been sidelined in the Church of England, in favour of a political balancing act which aims simply to keep the show on the road long enough for Justin Welby to still be allowed to do the Coronation as leader of the established church.

“There has been no convincing argument made for us to change our doctrine and practice . . . I think it’s insulting that clergy are all forced to study the Bible and theology before being ordained and yet the bishops have made no attempt to argue for a change here biblically or theologically, preferring sentimentality, pragmatics, and cultural accommodation. Scripture remains our standard”. (full statement at churchsociety.org)

Dr Ian Paul (psephizo.com) made similar points, “First, those writing this statement (and so perhaps those agreeing it?) appear to have abandoned any need to offer something coherent. The different elements of the document are so manifestly contradictory that I found the piece astonishing. Is this where we have got to as a Church?

Secondly, there is simply no attempt to acknowledge, let alone engage with, developed, theologically rooted, statements from the past. . . Third, the engagement with scripture is just woeful. Simplistic, proof-text ideas are plucked out of context.”

However ex-evangelical and LGBT+ campaigner Jayne Ozanne described the blessings as “breadcrumbs” and “the minimum they can do”. She has tabled an amendment to General Synod asking the House of Bishops “to end discrimination on the grounds of sexuality by bringing forward immediate legislation to provide for equal marriage in church for review at the July 2023 group of sessions”.

Interviewed by William Crawley on BBC Radio 4’s Sunday programme, Archbishop Stephen Cottrell was pressed on whether the Church still taught that gay sex is a sin. He replied, “Well, what we are saying is that physical and sexual intimacy belongs in committed, stable, faithful relationships and therefore where we see a committed, stable, faithful relationship between two people of the same sex, we are now in a position where those people can be welcomed fully into the life of the Church, on their terms.”

London clergyman Dr Paul Blackham reflected on those responsible for this teaching, “In one sense they seem to be well-meaning, emotionally vulnerable people who… perhaps…  have never fully grasped what the Christian Faith is all about – or what we need to share with a lost and broken world.

“People are so lost, so hurting, so broken – and they need something so much greater than the powerless message these bishops seem to be offering right now…

“Their policies genuinely sound like HR documents from the BBC or from any other Matrix-corporation of this moment … All they can offer is a thin, religious veneer.

“Listening to them makes me understand more of why attendance in the Church of England is plummeting. It is as if they themselves don’t REALLY believe that Jesus is a SAVIOUR or that Church is the only safe Ark to escape from the judgement of God – from hell and condemnation.”

Anglican Futures: An Apology from an English Anglican to the Anglican Communion 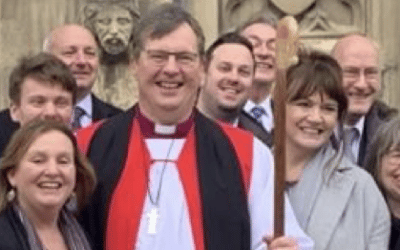