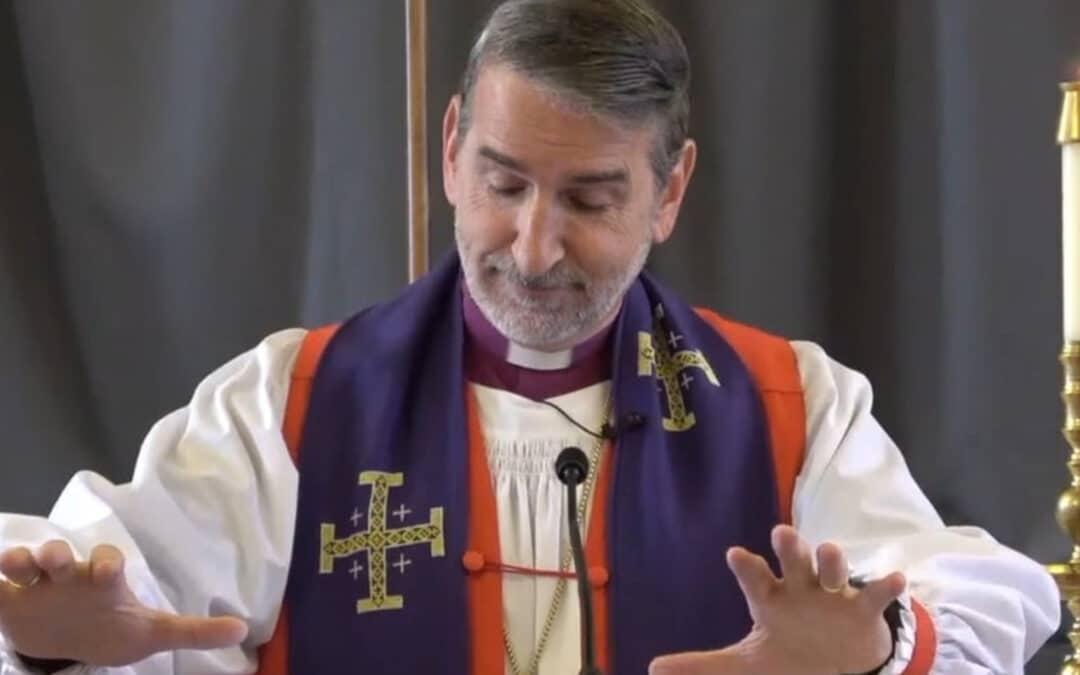 Dear Brothers and Sisters in Christ,

I am writing today to address a letter which was put out yesterday via social media. A group led by aspirant, Pieter Valk, has put out a letter entitled, Dear Gay Anglicans, in response to the College of Bishops’ pastoral letter on identity.

While it says they are not undermining our Pastoral Statement, they actually are. Replacing “gay Christian” with “gay Anglican” is pretty much in your face. My immediate reaction to the letter was that it was pretty benign and wasn’t going to change anything about what we teach.

However, it has already had international ramifications. I have had to deal with two provinces already (actually now three as of a few minutes ago) — and this is just the first day. In many of our partner provinces, the practice of homosexuality is against the law, and to make matters more difficult, they usually don’t understand the nuances of the word “gay” or “homosexual attraction” — they just hear the practice of same-sex immorality.

In the province, the expected hard rhetoric is coming from both sides in reaction to this. I find our lack of charity in the province a serious blind spot we need to address. Many of our bishops, and rightly so, feel this is an attempt to undermine our roles as guardians of the Faith and teachers of the doctrine of the Church. Some individuals have expressed that we are now TEC 2.0. Some think this is going to break the ACNA apart — one quote I received tonight: “If I had to guess what might fracture the ACNA I would’ve said women’s ordination. I never would have thought it would be homosexuality. We gave up everything to take a clear stand on this. It is disheartening to have it being taken away.”  I could go on, but you get the point.

This is serious enough, however, that I am writing this at 1:15 am.
So this is what I as your bishop would like to say to you as the clergy of the Anglican Diocese of the South.

Pray and lift this up to the Lord. This is His Church and we are His servants.

2. Some of our clergy signed onto this letter, and I do not want you to ostracize them or condemn them. They have signed this in good faith, and you and I need to listen to them. You do not have to agree, but as Christians, we need to learn again how to discuss issues with those we disagree with — and then be able to continue to love and care for them. However, if you are one of the clergy who signed on to this, I expect you to send me an email explaining why you signed a letter and beginning a private, non-punitive, conversation with me about your concerns.

3. The bishops are not going to back down on our conclusions which we worked on, received input from all over the province, edited, reviewed, edited, reviewed, and edited. We literally spent over a year wrestling with this in response to questions and concerns we have been receiving from all over the province. It is an excellent document expressing theologically a biblical, historical, and pastoral response to a complicated and enculturated issue. We were not telling people how to refer to themselves, but rather explaining theologically who we are in Christ regardless of our sexual identity.

4. A number of clergy signed onto this not really realizing the “in your face” attitude of some of the authors. They saw it as a way to say to the same-sex attracted persons in the ACNA that we love them. Others signed out of angry disagreement with our discouraging the use of any pronoun before Christian, specifically “Gay Christian.” Some were misinformed thinking the authors had been in discussions with Provincial leadership; they were not.

5. Let’s remember that we have a large number of same-sex attracted individuals who have come to the ACNA specifically because of our stand for Biblical morality. They need our love, encouragement, and support. Personally, I do not believe signing this letter does that.

Lastly, may I suggest for those who are really invested in these issues, to meet and actually study the bishop’s statement, unpack it, and seek to really understand what we are saying to the Church.

It is Lent — Time for prayer, repentance, a dose of humility, study of Holy Scripture, and sacrificial giving of ourselves and possessions.
In Christ Jesus, +foley