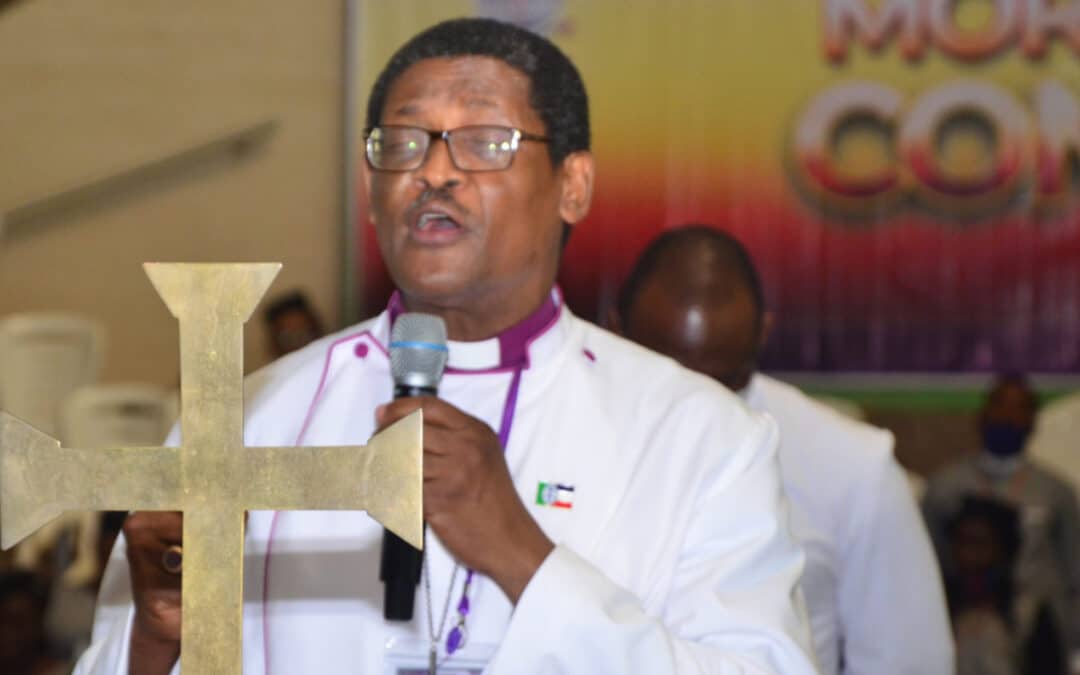 Following the publication of the EC8075, there were many requests to see the letter sent by the Most Revd Henry Ndukuba, Primate of the Church of Nigeria, to the Most Revd Foley Beach, who is both the Presiding Bishop of the Anglican Church in North America as well as the GAFCON College of Bishops. It is as direct as any episcopal communication seen in recent times. Ndukuba did not mince his words and this letter was what prompted the Most Revd Justin Welby, Archbishop of Canterbury to enter the fray.

“The College of Bishops of the Anglican Church of North America (ACNA), at their recent meeting, issued a Pastoral Statement of toleration of same-sex persons within their fold. The Bishops noted “that the struggle with human identity is real and painful for Christians who experience same-sex attraction” and reject the use of language that identify such people for who they are — Gays; preferring that they be addressed as “Christians who experience same-sex attraction”. The College of Bishops also upheld a commitment to subsidiarity which defers to diocesan bishops, discernment on how to handle homosexuals in their church communities. It called on priests of their churches to teach about human sexuality based on the Bishops’ desire that parishes in ACNA province become “places where those who experience same-sex attraction, especially youths know where they can go to share about this reality”.

These decisions by ACNA bishops tantamount to a subtle capitulation to recognise and promote same — sex relations among its members, exactly the same route of argument adopted by The Episcopal Church (TEC). Its appeal to subsidiarity is another trick not to submit to the clear authority of Scripture on homosexuality, rather, they defer to individual Bishops discretion of discernment on how to relate to homosexuals, and offer them room. As Phil Ashey rightly observed, “Among Anglicans, subsidiarity does not give the Diocesan Bishops or Dioceses the authority to decide matters unilaterally that touch on the Faith and Order of the Church. Appeals to subsidiarity resulted in the unilateral decisions of Diocesan Bishops of New Westminster (Canada) to recognise same-sex blessings of marriage and New Hampshire (TEC) to elect same-sex partnered Gene Robinson as Bishop.

These actions which fuelled the crisis that has broken the fabrics of the Anglican Communion should not be repeated by ACNA. Manipulating languages to cover up sin and sinners are incompatible with the example of Scripture which condemned sin. A Gay is a Gay, they cannot be rightly described otherwise. In the same vein, we cannot describe people as ‘Christian Murderer’, ‘Christian Adulterer’ and ‘Christian terrorist’; neither should we even have ‘Gay Christian’ or ‘Gay Anglican’. “Without Holiness, no man shall see God” (Hebrews 12 :14).

Taking advantage of the ACNA Bishops Pastoral Letter, a group within ACNA published an invitation to ‘Gay Anglicans’ offering them invitation and pastoral accommodation in ACNA parishes. The letter was openly endorsed by some bishops, priests and laity in ACNA. It is a clarion call to recruit Gays into ACNA member parishes. The deadly ‘virus’ of homosexuality has infiltrated ACNA. This is likened to a Yeast that should be urgently and radically expunged and excised lest it affects the whole dough (Luke 13:20-21; Gal. 5:9). The response of ACNA leadership so far has been palliative, weak and unwilling to discipline the erring bishops and priests and taking a clear stand to totally reject their actions and underlying motives. We appreciate Archbishop Foley Beach’s intervention by which the offensive Gay Anglican letter was removed from the web; but this has not cured the diseases that has set in already neither has it mitigated the damage this has done by the public advertisement and the changing perception of the ACNA stand on Biblical orthodoxy and GAFCON Movement.

The Church of Nigeria views these events as most unfortunate and dangerous to the cause of Mission based on the Truth of the Gospel, especially at a time when secular governments are adopting aggressive campaign for global homosexual culture. The Church in USA which should lead the fight against this evil is ACNA; and if it fails, it would have disappointed God and faithful Anglican Christians worldwide.

ACNA was formed by GAFCON, as a safe haven for faithful Christians who reject the apostasy and rebellion in TEC. They should not now find in ACNA the aberrations which drove them from TEC. It is more serious that the Archbishop of ACNA, Archbishop Foley Beach is also the current Chairman of GAFCON. Therefore, his actions or inactions and that of his Province have serious implications for GAFCON leadership.

We therefore call upon the Archbishop and the College of Bishops of ACNA to make definite, unambiguous statement condemning the actions taken by the Gay activists in their midst, denounce their action, dissociate ACNA from the group, discipline the erring bishops, priests and laity who signed the offensive Pro-Gay letter and reaffirm ACNA’s commitment to all the fundamentals of orthodox Christian faith and the resolutions of the GAFCON Jerusalem Declarations and Statement. It should take a clear stand on their position on homosexuality and same -sex relations of all types. The Church of Nigeria affirms its total rejection of homosexuality and will surely stand to defend the Truth of the Gospel based on the injunctions and ethical principles of the Holy Bible.”

The Importance of Doctrine