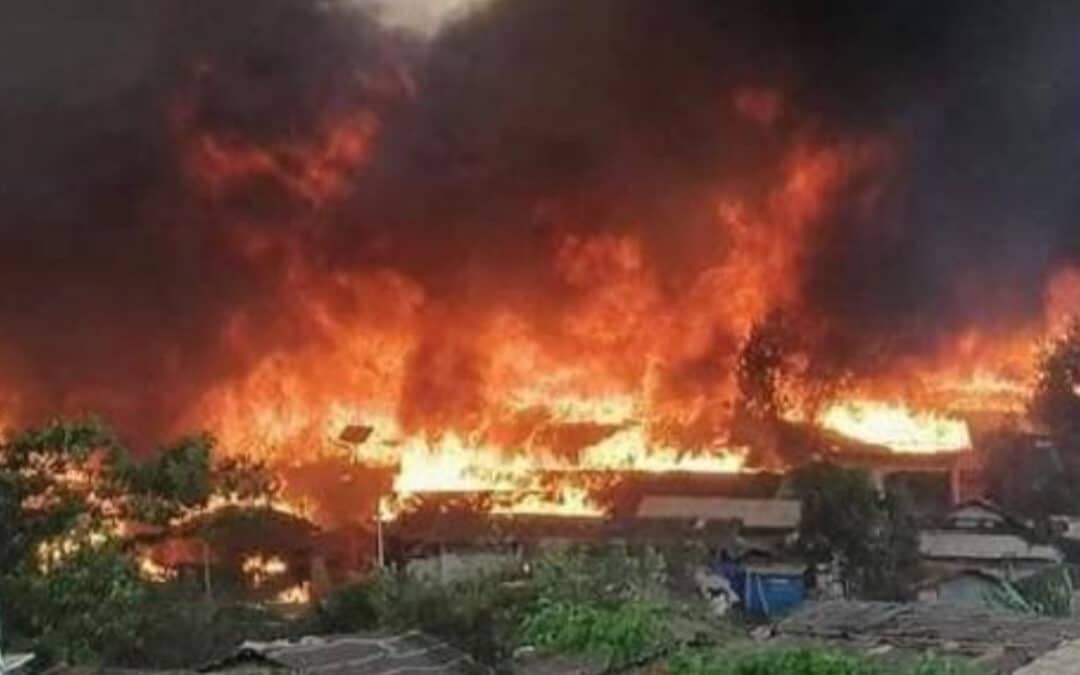 Many Christian families lost their shelter and what little possessions they owned when fire engulfed a sprawling Rohingya refugee camp in Cox’s Bazar, Bangladesh, on 22 March.

The United Nations refugee agency said 11 people died in the inferno and 560 were injured. Up to 45,000 refugees were displaced as the flames ripped through sections of the densely packed camp, destroying shelters.

Cox’s Bazar is home to nearly one million mainly-Muslim ethnic Rohingya amongst whom are a few hundred Rohingya Christian converts from another background; all fled their homeland in Myanmar (Burma) to escape persecution at the hands of the army.

“It is massive, it is devastating,” said the UNHCR’s Johannes van de Klaauw as he described the scale of the fire, which destroyed six health facilities and a field hospital.
The homeless Christian families are now living in temporary shelter and Barnabas is providing for their immediate needs of food, clothing and cooking utensils. We will also be providing them with new homes to replace those destroyed in the fire.

From reports by The Barnabas Fund