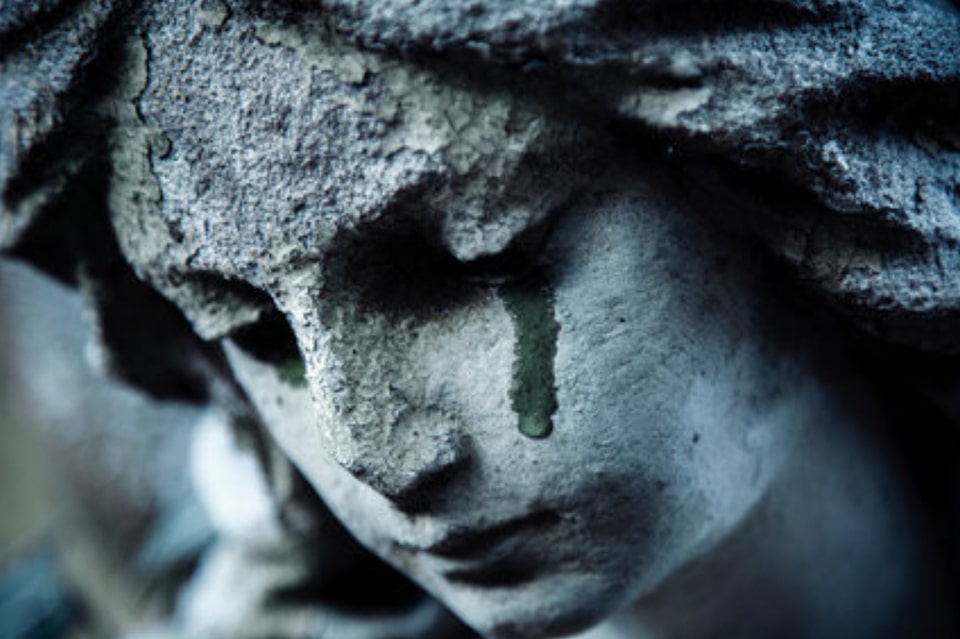 A Devotional Thought by the Editor

Death is shocking even when the doctors have told us there is no hope and just a matter of time.  It still shocks when it happens.  The Covid-19 Pandemic has reminded all peoples that they are vulnerable to its cold, inevitable embrace.  It is never convenient and for many it is utterly terrifying to contemplate.  For others, death holds little fear.  The process of getting dead might be the cause of some trepidation but the result, death and eternity, does not daunt them at all.

As a clergyman for over 2 decades, I have been with a lot of people at the time their heartbeat ceases.  It is not something one looks forward to, but I want to tell you about that first one.  Why?  Because it has stayed with me for these past 26 years in good times and bad.

She was a thrice retired schoolteacher. That is right…three times she had worked in a school district long enough to retire.  She was 91 when we met and 93 when she died. Martha was as devout a Christian as you could find.  She had never married because she saw herself as a missionary to the children under her care.  She has also taught Sunday School and the catechism to generations in the congregation.  She was incredibly grateful that she had been able to keep all her own teeth for 90 + years.

Her departure from this life took place in the county nursing home.  We knew it was coming.  It was inevitable because leukaemia is not something you can avoid.  The human body can only resist its advance for so long.

The day Martha died; I had the great privilege of spending it with her.  She told me about growing up on the prairie and all that came with it.  She talked about students she had taught… many of them at that point were pensioners like herself.  She also talked about her faith.  Hers was a quiet, dignified, and filled-to- overflowing with joy and peace faith.

As the day wore on and as her breathing became shallow, she became less talkative.  We just sat there with fewer words exchanged.  At some point I became aware that the room was filling up with the staff.  Many would offer her a hug or a touch…Martha would offer a smile in thanks.

The end was near, but I did not know just how close.  She opened her eyes and saw all the crowd in the room then she said, “Mr Pierce, would you please pray the Lord’s Prayer with me?”  I took her hand and started…the nursing staff joining in.

“Our Father, who art in heaven, hallowed be thy name, thy kingdom come, thy will be done, on earth as it is in heaven” ….in an instant her voice went silent and the sweetest smile you have ever seen broke out on her face.  Martha was home.  Her Lord, Jesus had taken her to the place he had promised to prepare.  She had been ready for the inevitable.  Are you?

Reports of Genocide in Ethiopia