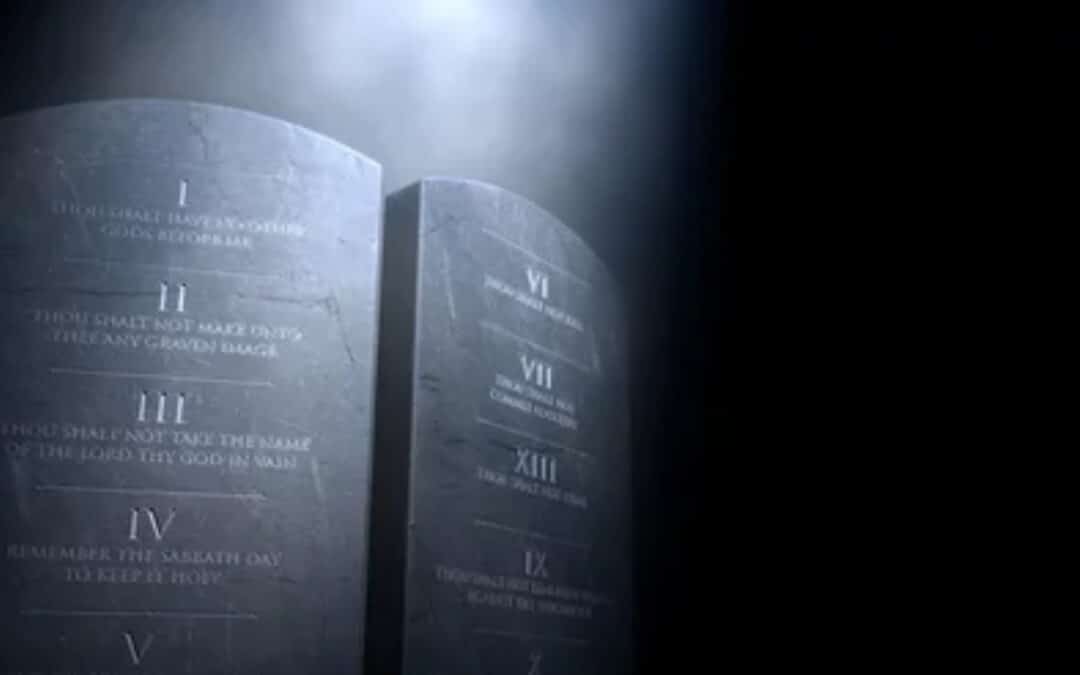 When was the last time you thought about the Ten Commandments?  Can you recite them?  If challenged, could you place them in order without assistance?

It used to be that most people on both sides of the Atlantic Ocean were very familiar with them.  In Anglican churches, they were rehearsed in full at the beginning of the Lord’s Supper or Holy Communion.

After praying the Lord’s Prayer, the clergyman offered this collect:  “ALMIGHTY God, unto whom all hearts be open, all desires known, and from whom no secrets are hid; cleanse the thoughts of our hearts by the inspiration of thy Holy Spirit, that we may perfectly love thee, and worthily magnify thy holy Name; through Christ our Lord. Amen.”

Great solemnity then followed as the clergyman intoned those words from Exodus 20, “God spake the words, and said …” The minister then read aloud the text of each of the Commandments.  There was no doubt to the hearers and participants that these words were not something from man, but from ALMIGHTY God.  They were serious and most important.

Following each of the Commandments, there was the collective response; “Lord, have mercy upon us, and incline our hearts to keep this law.”  Say what you might, there was no doubt about the origin of those eternal laws nor their claim upon worshippers.

Our Reformers had every intention of making sure that God’s people understood the daily, moment by moment, binding nature of the Moral Law. This is in exact accord with the Sixth of the Thirty-nine Articles of Religion which concluded with these words; “yet notwithstanding, no Christian man whatsoever is free from the obedience of the Commandments which are called Moral.”

All three aspects of the Law; Ceremonial, Ritual, and Moral were fulfilled by Jesus, but only the Moral remains for us to order our lives.  Why?  Because they tell us how God expects us to relate to Him and to our neighbour.  That is missed if worshippers only hear the Summary of the Law and never the particulars of what it looks like in practice.  Clergy should know better than to leave out the details—God didn’t.

It is not surprising that non-Christians ignore the Ten Commandments, but it is a sign of our times that the longest of the Commandments is by and large ignored by the very people that claim to be followers of Christ.  The Fourth of the Commandments, to keep holy the Sabbath or Lord’s Day, is a moral matter.  Many have experienced having a Sabbath rest for the first time during these past months.

In the text of the Fourth Commandment, not only is a Christian to rest on that day but also those that work for the people of God are to have a Sabbath’s day rest.  If a Christian rests but causes another to work, he breaks the Commandment and thus not loving his neighbour as himself.

Everyone would benefit if the practice of Nine Commandment Christianity ceased. The Commandments were not given to rob us of our joy but to remind of us of to whom we belong.  When restrictions are eased, perhaps it will be easier to practice what we have been commanded.“Lord, have mercy upon us, and incline our hearts to keep this law.” Amen.