The savage violence of Islamist militants in northern Mozambique is driving the local population from their homes in terror – and Christians are one of their main targets. 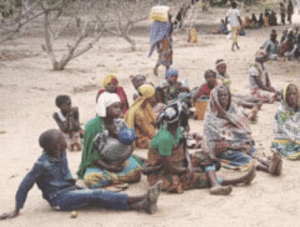 Beheading, skinning and cutting off the limbs of their victims are the group’s typical methods. “What they do to the people they capture and kill I have never seen anywhere in Africa,” said an expert. It is little wonder northern Mozambique is now called “the land of fear”.

Around three-quarters of a million people are displaced, that is, a third of the population of Cabo Delgado province where the militants operate.

Some fled to the bush. Some took boats to the regional capital Pemba and set up makeshift shelters on the beach. Some have found shelter with other families – families who have little enough even for themselves in this poor and underdeveloped country. The result is that almost a million people face severe hunger in northern Mozambique, according to the World Food Programme.

Many walked days to find a place of safety, arriving with swollen and injured feet. Families have often got separated in their hasty departure, sometimes in the middle of the night. Then there are those still trapped in the war zone because they could not reach safer areas – including many elderly, disabled and sick.

ePap gives health to the hungry

Barnabas Fund is sending food, through Christian partners in Pemba, to some of the neediest displaced Christians. This includes ePap, a porridge containing protein, vitamins and nutrients to bring health to the malnourished and those trying to survive on rice alone.