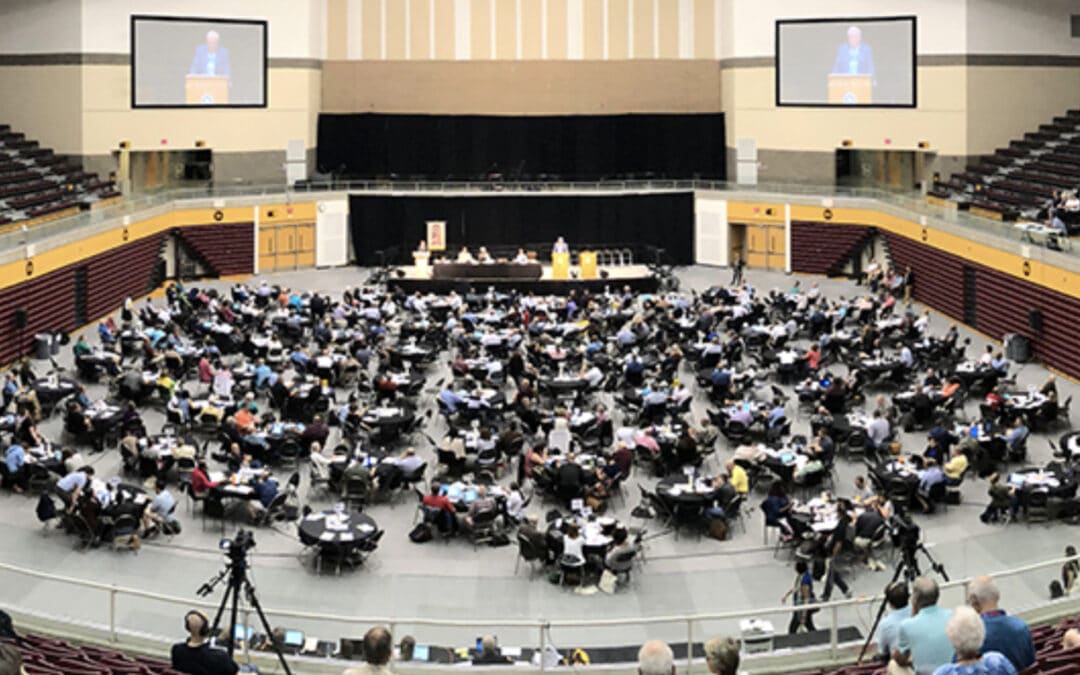 Last November, the General Synod of the Church of England held its first formal online Group of Sessions. As anyone who can imagine spending three days on Zoom might understand, this was not an experience to be relished: it was therefore a relief to learn that the business previously scheduled for February is to be postponed until late April, when it is hoped (perhaps somewhat optimistically?) that gathering in person will be possible. The agenda for that sitting is yet to be determined (but seems certain to include some discussion of the controversial ‘Living in Love and Faith’ project on human sexuality).

Meanwhile, in late February there will be a one-day informal remote meeting of the Synod which, we are told, ‘will be focusing on looking forward to the aftermath of the pandemic and how the Church can help our communities recover’. At the time of writing, neither the agenda for this special meeting nor the motion(s) for discussion has been published, so at this stage one can only speculate on the form the proceedings might take.

On the face of it, it is encouraging that the discussion is planned to focus on ‘recovery’, recognising that the current situation must soon be brough to an end. At a time when many are facing bereavement and ill-health as a direct result of the coronavirus itself, as well as (to perhaps an even greater extent) the devastating long-term effects of the measures taken to control the virus, local churches have a unique opportunity to offer practical, pastoral and spiritual support, and a message of hope. Some will rise to this challenge admirably.

The Church of England is, however, nothing if not highly disparate, and for much of the Church there are increasingly urgent and serious questions about its own recovery, let alone its ability to assist the recovery of others. A leaked internal document has recently suggested that a fifth of worshippers may not return in the aftermath of COVID (compounding already falling numbers). At the start of the pandemic, the national Church was so enthusiastic about the closure of churches for both public and private prayer, that it sought to forbid clergy from praying alone in their own church buildings. Now that, in the third lockdown, the government has permitted churches to open for public worship, the majority have declined to do so.

In parts of the world where Christians are routinely persecuted, they regularly put their lives at immediate risk by meeting together to pray, because they understand that such gatherings are as essential to the Body of Christ as, say, an open supermarket is to the sustenance of our physical bodies. The Church of England urgently needs to consider whether it really thinks church attendance matters.

Known by God: A Biblical Theology of Personal Identity

Heidelberg Catechism – Passing along the faith once delivered to the saints…