Looking back at the Queen’s Coronation Oath 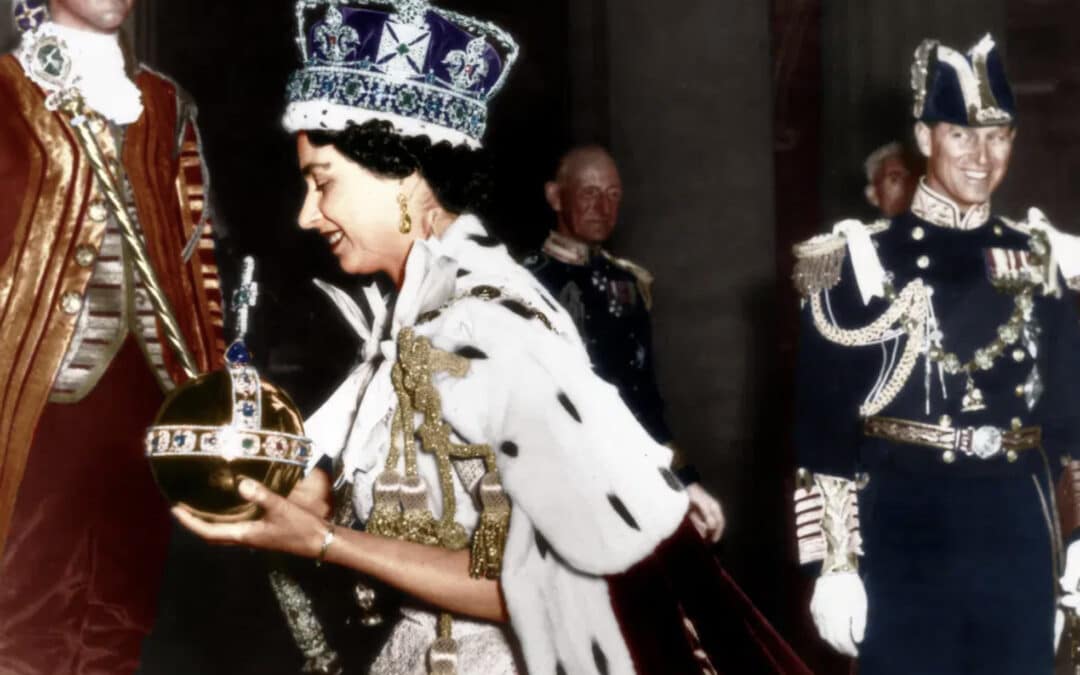 You might have missed it, the sixty-eighth anniversary of the coronation of Her Majesty Queen Elizabeth.  February 6th rolls around each calendar year whether you think about it or not.  It always happens.  Sadly, Covid-19 has seen to it that there were few services to mark the occasion this year

The oath is short.  It is not verbose.  Almost anyone can understand the plain meaning of it.  So, we remind our readers of HM’s solemn vows before God and the nations under her care.

“Madam, is your Majesty willing to take the Oath?

And the Queen answering,

The Archbishop shall minister these questions; and The Queen, having a book in her hands, shall answer each question severally as follows:

Archbishop. “Will you solemnly promise and swear to govern the Peoples of the United Kingdom of Great Britain and Northern Ireland, Canada, Australia, New Zealand, the Union of South Africa, Pakistan, and Ceylon, and of your Possessions and the other Territories to any of them belonging or pertaining, according to their respective laws and customs?”

Queen. “I solemnly promise so to do.”

Archbishop. “Will you to your power cause Law and Justice, in Mercy, to be executed in all your judgements?”

Archbishop. “Will you to the utmost of your power maintain the Laws of God and the true profession of the Gospel? Will you to the utmost of your power maintain in the United Kingdom the Protestant Reformed Religion established by law? Will you maintain and preserve inviolably the settlement of the Church of England, and the doctrine, worship, discipline, and government thereof, as by law established in England? And will you preserve unto the Bishops and Clergy of England, and to the Churches there committed to their charge, all such rights and privileges, as by law do or shall appertain to them or any of them?”

Queen. “All this I promise to do.”

Then the Queen arising out of her Chair, supported as before, the Sword of State being carried before her, shall go to the Altar, and make her solemn Oath in the sight of all the people to observe the premisses: laying her right hand upon the Holy Gospel in the great Bible (which was before carried in the procession and is now brought from the Altar by the Archbishop, and tendered to her as she kneels upon the steps), and saying these words:

“The things which I have here before promised, I will perform and keep. So, help me God.”

Those were serious Christian vows taken by a serious young Christian woman who has matured with increasing Christian regnal probity into the benchmark for all her successors.  The peoples of the United Kingdom and Commonwealth are very blessed to have her on the throne.  Despite efforts to drag it off course, the Protestant Reformed Church’s theology she promised to protect is still the formal position of the Church of England and the motivating force for this newspaper.

May the LORD GOD continue to preserve her and those entrusted to her earthly care.

Less is not more. Theological education and mission attrition