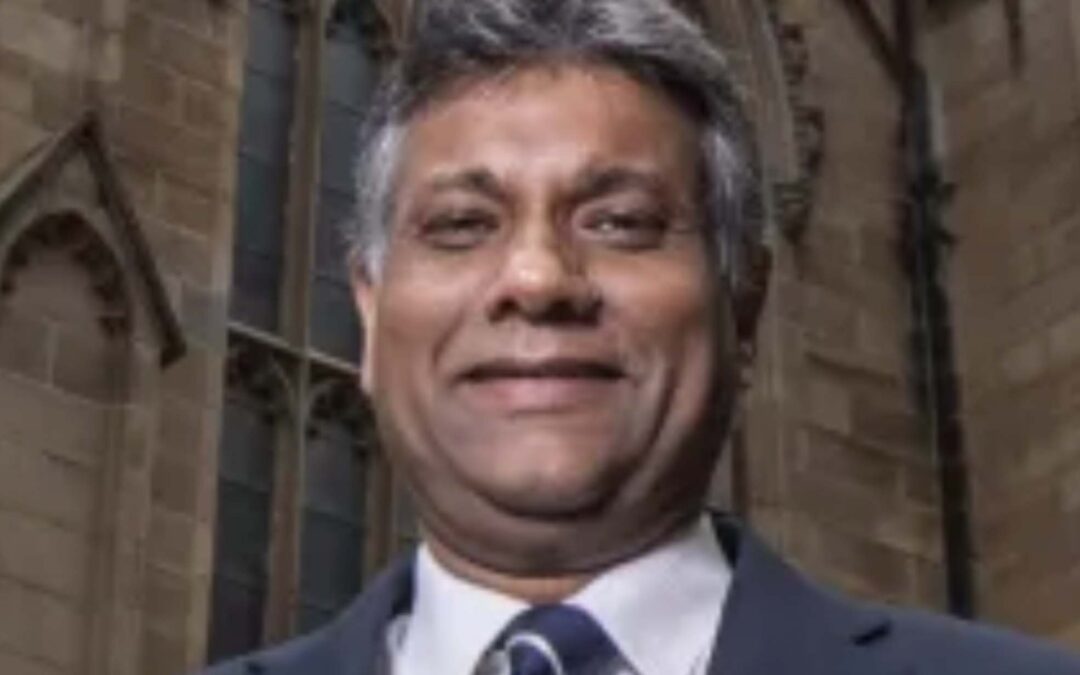 “I gladly trust in Jesus.”

The Dean of Sydney, the Very Reverend Kanishka Raffel, has been elected as Archbishop of Sydney, the first person from a non-European background to hold the position.
He’s the 13th leader of the Anglican Church in Sydney since Bishop Broughton was first appointed in 1836.

“I’m humbled and somewhat daunted by the responsibility given me by the Synod,” Archbishop-elect Raffel said. “We believe that the Lord works through his people — both in making this decision and in enabling the Archbishop to fulfil his role. Like every Christian, I gladly trust in Jesus.”

Mr Raffel has been the Dean of Sydney for six years, previously leading a large Anglican church in Perth for 16 years.

Kanishka and his wife Cailey have been married for 32 years and have two adult daughters. He is 56.

Born to Sri-Lankan parents in London, Mr Raffel and his family emigrated to Australia from Canada in 1972.

“Globally, Anglican Christianity is ethnically diverse and our multiculturalism in Sydney mirrors that.  I’m glad that our Diocese reflects the changing ethnic make-up of our cities and values the participation of Australians of all backgrounds in our church life together. Our team of Bishops is almost equal part Asian-background and Anglo. That is contemporary Australia.”

As he and his wife entered the auditorium, the Synod rose to its feet. He was surrounded by staff of the Cathedral and Bishops, and prayed for.

In response, he thanked the Synod for its work.

“You have elected a weak servant, and you too, are but weak servants.  But we have a mighty Saviour – full of grace, sovereign, sufficient, supreme; having the supremacy in all things so that through him God was pleased to reconcile all things to himself  by making peace through his blood shed on the cross.

“If I can make a pledge it is this – to stand at the foot of the cross, weak, dependent and forgiven, and from there to seek to serve, as he enables.”

National Registry of Church of England Clergy with Permission to Officiate