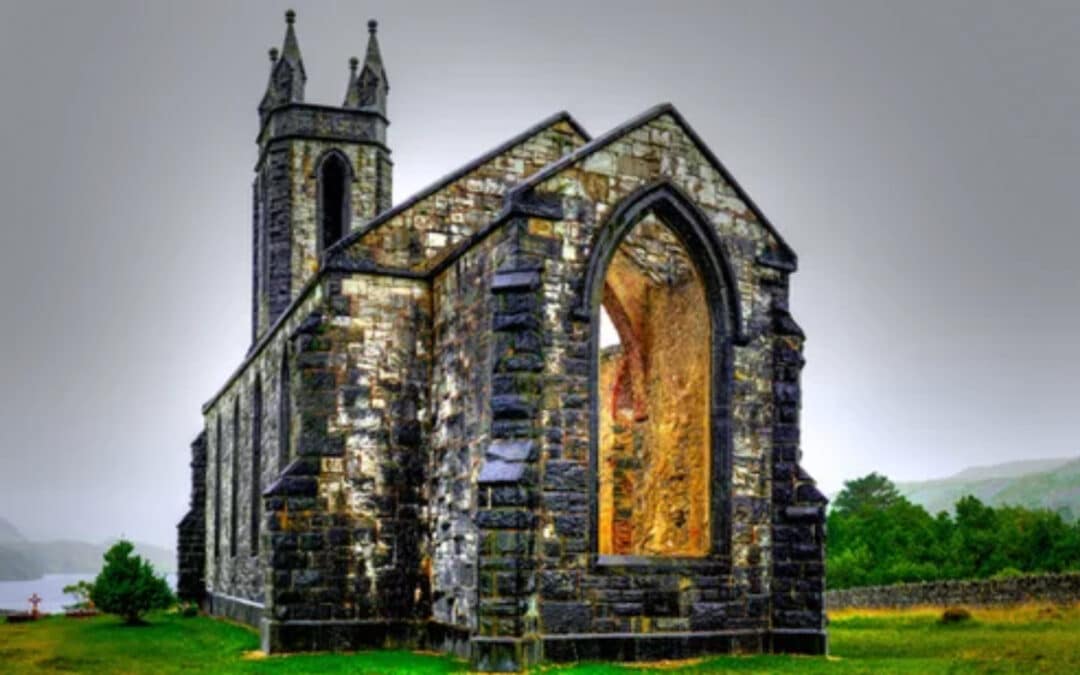 A senior cleric in the Church of Ireland has written a commentary sounding a note of warning and caution on the current circumstances within the Church regarding same-sex marriage.  The Revd Dr McCann is currently the Rector of Holy Trinity, Woodburn, Hon. Secretary of Dalraida Archdeaconry in the Diocese of Connor, and a member of General Synod.  For a number of years, he was also a member of the General Synod’s Executive Committee.

“The Church of Ireland being an all Ireland body has frequently found itself having to implement different government legislation whilst seeking to remain one church.

In 2015, the Republic of Ireland passed legislation to change the Constitution to allow same-sex marriage.  In Northern Ireland it would be another 5 years before similar legislation would be enacted and then only as a result of a vote in Westminster in which abortion and same-sex marriage were extended to Northern Ireland as part of the restoration of the devolved assembly.  Many within Northern Ireland welcomed both pieces of legislation and many opposed such a method to impose legislation that was not agreed at a devolved level.  The more cynical among us concluded that it was convenient for local politicians to say that this was imposed from Westminster as it would allow them to avoid criticism if passed at a devolved level.

With this balancing of legislation on both sides to the border there has been a renewed raising of voices from within the Church of Ireland for some form of pastoral accommodation, be it even a local level only, to allow the Church to bless same-sex marriage and or conduct same-sex marriages.  One cleric, Rev Andrew Rawding, has been a leading voice in this campaign.

At the General Synod of 2012, the Church of Ireland voted on a resolution concerning same-sex marriage.  The conclusion of the vote, after several days of debate and a very public division within the then House of Bishops, was that the following:

“The Church of Ireland affirms, according to our Lord’s teaching, that marriage is in its purpose a union permanent and life-long, for better or worse, till death do them part, of one man with one woman, to the exclusion of all others on either side.”

In 2017 the issue again was raised at General Synod, this time by a private members bill in the names of Dr Leo Kilroy and Rev Brian O’Rourke.  The private members bill sought pastoral arrangements for the public celebration of LGBT relationships without changing the Church of Ireland’s position on marriage.  The vote was to be by orders but the House of Bishops were not to vote as the Archbishop of Armagh had been given advice by his chancellor that because the motion was calling on the House of Bishops to bring forward pastoral liturgy etc they would be compromised in voting.  Many at the General Synod saw it as, whilst legally correct advice, a convenient get out clause for the House of Bishops.  The motion was defeated in both the House of Laity and Clergy.  In the House of Clergy 56 voted for the motion, 72 against and 9 abstained.  In the House of Laity 90 voted for the motion, 104 against and 15 abstained.  As you can see a very close vote indeed and one which could easily have gone the other way.  The fact that the General Synod that year was in Galway meant that turn out was lower and many delegates had stayed at home.

During all this time the usual “listening process” was ongoing and joint meetings with groups of three dioceses at a time were held throughout the Church of Ireland, with little or no impact on anyone who attended.  A special meeting of General Synod was also held on this issue and the best that could be said it was the Anglican at its nicest fudging.

In 2018 A Report from the Select Committee on Human Sexuality in the context of Christian Belief, established in 2013, was presented to General Synod.  In presenting the report to the General Synod the Rt Rev Patricia Storey stated:

“As the Archbishops and bishops have already made clear to the clergy of the Church of Ireland, it is not possible to proscribe the saying of prayers in personal and pastoral situations; but if clergy are invited to offer prayer after a same-sex marriage, any such prayer must remain consonant with the spirit and teaching of the Church of Ireland.”

Further comment was made that there was “appetite within the Church of Ireland” for any further discussion or addressing of this issue and there it has remained.  However, all is not silent on this issue at all.  Recently, February 2020, the Church of Ireland’s Church and Society Commission stated that gay people should be allowed to be married in church.

This is a group within the Irish Anglican hierarchy, established by the General Synod in 2013, which looks at social issues such as health, politics and the environment.  The document in question was sent from it to the Northern Ireland Office, as part of a consultation into the rules which will govern gay marriage in NI.  It was put the position expressed by the commission is de facto support for gay marriage, and that this conflicts with the Anglican church’s established position.

The Church of Ireland press office was obliged to respond: “The Church’s decision not to provide for same-sex marriage is unchanged.  The doctrine of the Church of Ireland is that marriage is between one man and one woman; this is therefore the only form of marriage which may be celebrated within the Church.  Anglican doctrine is expressed through liturgy, and the Church has no liturgy in relation to civil partnership or same-sex marriage.  The context for the response is that there has been an alteration of the legal framework affecting a range of civil provisions, but this will not affect the Church’s teaching.”

However, the general opinion of many within the Church of Ireland is that the 2012 resolution would struggle to get passed today and may even fail and that the 2017 private members motion would probably be passed by General Synod.  Despite the election of additional three bishops who are clearly orthodox on this issue the expectation is that another attempt will be made to bring some form of legislation before General Synod, most likely on a local accommodation model, to allow for the blessing if not the conducting of same-sex marriages within the Church of Ireland.  Several clergy have been present at such marriages, civil partnerships and at least one cleric conducted such outside of the Church of Ireland in another Anglican jurisdiction.

Where does this leave the Church of Ireland?  At present the Church of Ireland teaching and practice has not changed but the tide has definitely turned and it is no longer just a Northern Ireland vs Republic of Ireland division of this issue.  There is certainly a generational division on this both in the house of Laity and Clergy.   It is fair to say that the majority of those who hold orthodox position on this issue reside in the Northern Province, but not exclusively. Equally the more liberal revisionist viewpoint is held by the majority in the Southern Province, but recently there has been a more concerted and vocal support for it in the Northern Province.  For example, Rev Andrew Rawding, a rector in Armagh Diocese, has been waging a bit of a one man campaign on this issue and recently several prominent evangelicals got newspaper clippings from a Republic of Ireland local newspaper, with the headline “Who are you to judge?”  The article was espousing same-sex relationships.

The reality is that the Republic of Ireland and Northern Ireland both have undergone massive social change at a rate unprecedented in their histories.  The Church of Ireland is not immune to the influence on these changes and it would appear that over the next few years such influence will be brought to bear on the legislative bodies of the Church of Ireland to fall in to line with the LGBT bandwagon and to acquiesce, as The Episcopal Church, USA (TEC) did, on this issue.  The resulting divisions within the Church of Ireland will in reality only be exposed because at present there are two “churches within on Church” tolerating one another and coexisting as best they can.  How far that toleration will go and how long the co-existing will last if same-sex marriage is permitted or thwarted again by General Synod is anyone’s guess.   What I think is certain is that neither side are willing to give ground on this issue as for the orthodox this is “first things” issue and therefore they cannot compromise on it.  So please pray for the Church of Ireland and its orthodox clergy and bishops in the years ahead.