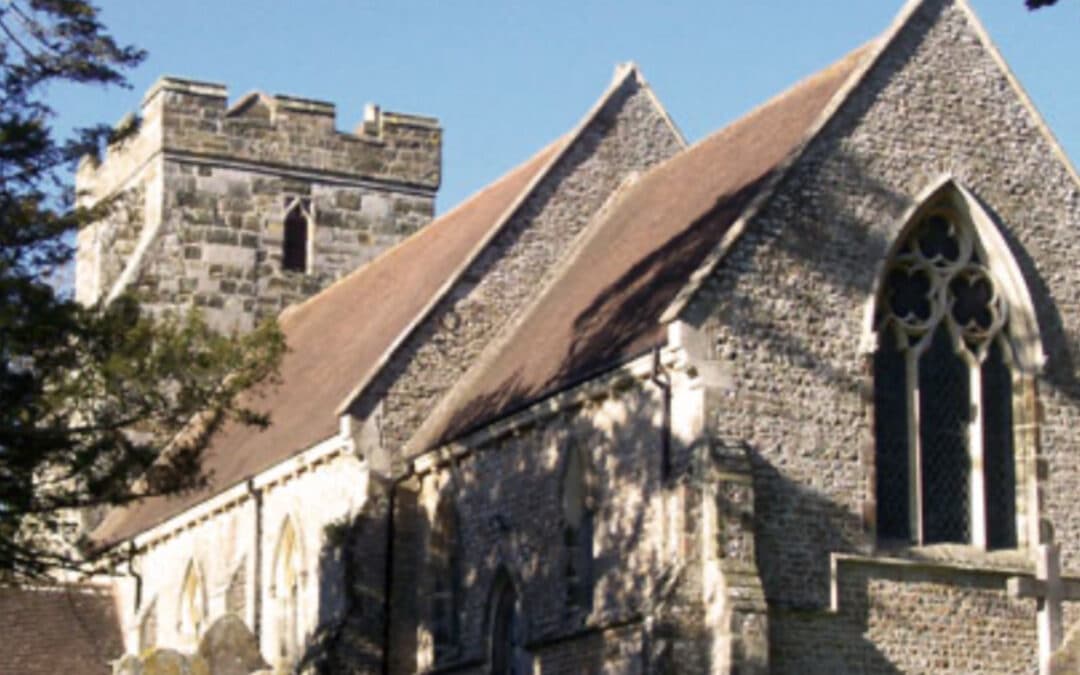 A parish church in East Sussex – located next to the ruins of King Harold’s Saxon Manor, mentioned in the Domesday Book – has joined the Prayer Book Society in a bid to strengthen its campaign promoting wider use of the Book of Common Prayer (BCP) by young people as well as older worshippers.

With its tower dominating the skyline, St George’s Church in Crowhurst near Battlestands in a dramatic hillside location which has been occupied by a church for at least a thousand years.

At the heart of village life, the church holds special services in which the BCP is used to commemorate events ranging from the bicentenary of Jane Austen to Oak Apple Day – when the English monarchy was restored in 1660 – as well as Armistice Day.

The BCP is used also for Sunday and mid-week services as well as weddings, baptisms and monthly family services.

‘We will continue to encourage use of the BCP,’ reports St George’s honorary
treasurer Valerie Mighall, a member of the Parochial Church Council (PCC) who has organised a number of quiet days with the focus on the Prayer Book.

‘As the recently appointed secretary of the Chichester East branch of the Prayer
Book Society, my aim is to ensure that more of our young and old worshippers
recognise that there is a place for use of the BCP in churches,’ she said.