Table or Altar? by Chuck Collins 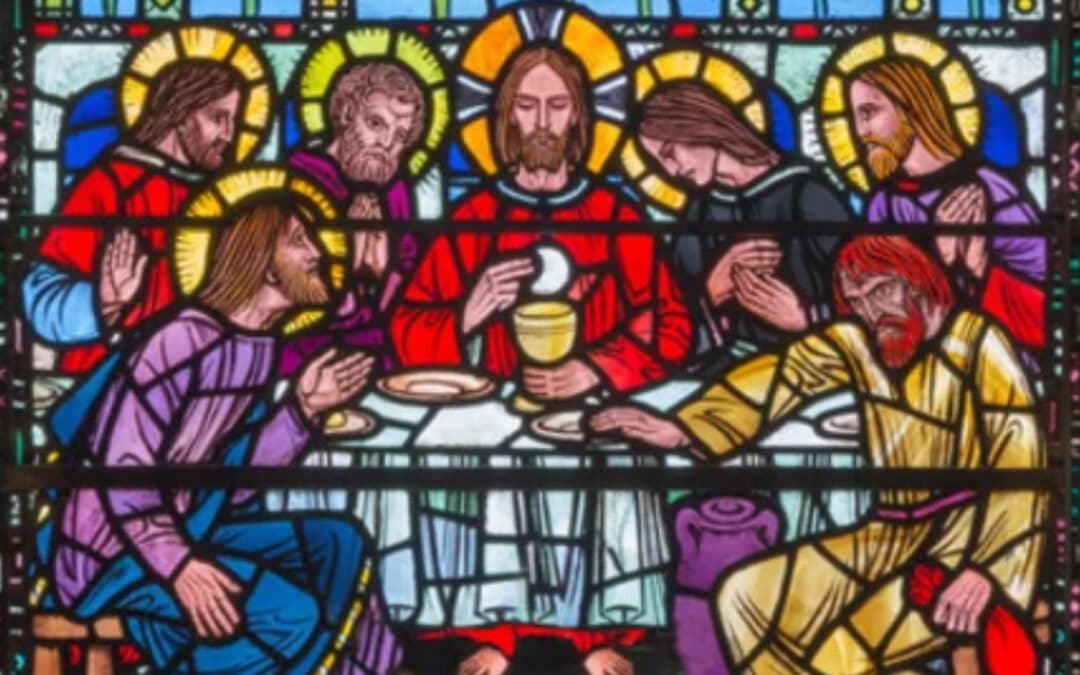 June 16, 1607 is the birthday of Anglicanism in America – the BCP of 1559 was used because the 1662 edition was still fifty-five years in the future.  The Protestant Episcopal Church would not be formed until after the American War of Independence when bishops of the Scottish Episcopal Church consecrated Samuel Seabury in 1784. On this day, Captain John Smith and 104 others celebrated the Lord’s Supper when they arrived safely in Jamestown, Virginia. Jamestown was the first permanent English colony in America, settled some thirteen years before the pilgrims landed in Plymouth. Anglicans were America’s original forefathers and the expression of faith they brought with them was that of the 16th century English Protestant Reformation.

William Strachey, Secretary of the Colony in 1610, wrote a first-hand account of the simple church they built in which Pocahontas and John Rolfe were famously married in 1614: “In the midst [of the fort] … is a pretty chapel…it is length threescore foot, in breadth twenty-four…and a communion table of black walnut…”  Notice that they called it a “communion table” but not on “altar” – and it was wooden. Something is offered for sacrifice on an altar, but not on tables where meals are shared.

In his Prayer Book of 1552 Thomas Cranmer removed every idea of the Roman Catholic sacrifice of the mass to distance the newly formed Church of England from the unbiblical teaching that a sacrificing (sacerdotal) priest re-offers Jesus as a sacrifice in every mass prayed. Words were very important to them. The English reformers were clear that Jesus was sacrificed once on Calvary (never to be repeated, as the Bible says Hebrews 10:10), and to suggest that he is re-sacrificed every time in Holy Communion diminishes the meaning of the cross of Christ. To make sure Cranmer’s point was made, instructions for Communion included that it be a moveable wooden table with legs, that the priest stand at the north end of the table (not in the middle), and that eucharistic vestments suggesting the sacerdotal role of a priest were no longer permitted, but only a simple black cassock and white surplice. The word “mass” was removed from the 1552 Prayer Book, and so the epiclesis and the elevation of the host were removed: the prayer invoking the Holy Spirit to change the bread and wine of communion in a moment of consecration, and the practice of raising the blessed bread for everyone to see and adore Jesus. These medieval ceremonial actions focused on the words and actions of priests who intercede for the people (and not the work of God in the hearts of his people and in the context of the whole worship service). The reformers felt so strongly about these changes that they wrote them into the Articles of Religion, that the sacrifice of the mass is blasphemous and dangerous: “Wherefore the sacrifices of the Masses, in the which it was commonly said, that the Priest did offer Christ for the quick and the dead, to have remission of pain or guilt, were blasphemous fables, and dangerous deceits” (Article 31).

When the Episcopal Church changed “table” to “altar” for the first time in the 1979 Prayer Book revision that many of us were brought up using, it was regularizing what had become popular parlance in churches since the 19th century Catholic revival. But the change constitutes a radical departure from the Prayer Book that was in use for 500 years, and from Thomas Cranmer’s intent for the sacramental theology of the Church of England. It shows just how far the creeping influence of the 19th century Oxford Movement has come to challenge and change our understandings towards Rome. Words matter, and our historic Anglican formularies still hold for defining what it means to be “Anglican” today. The settlers in Jamestown understood this. Do we?