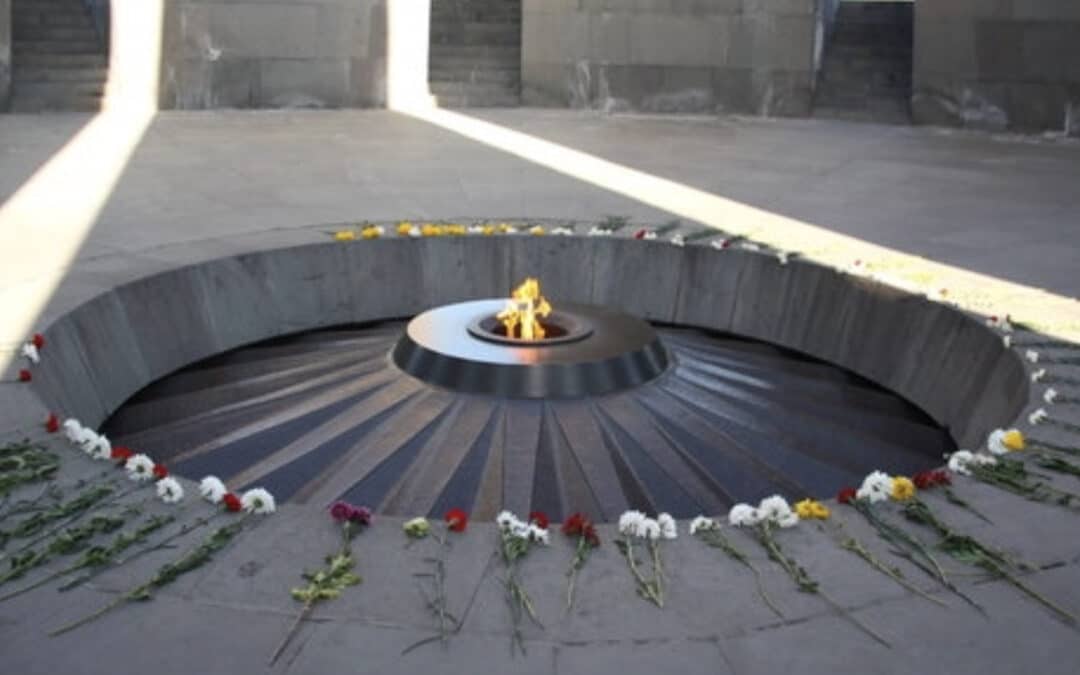 Between 1893 and 1923, some 1.5 million Armenians were killed in the Ottoman Empire in a policy of extermination of Christian minorities. In addition some 2.25 million Assyrian, Greek and Syriac Christians were also killed within Ottoman territories between 1914 and 1923, making a total of 3.75 million Christians killed.

The disappearance of about 90% of the Armenian population was reported by the press and diplomats at the time, yet little was done by national powers to help.

This caused Adolf Hitler, when discussing his own genocidal plans, to remark “Who, after all, speaks today of the annihilation of the Armenians?”

This is a good question, for who today does speak of the mass slaughter of the Armenians? Our governments still seem reluctant to acknowledge this forgotten holocaust, with only 32 countries officially recognising the Armenian genocide. The USA, UK, Australia, New Zealand and Israel are not on that list.

Turkey refuses to even allow debate on the issue; it is illegal to use the term “Armenian genocide” and Article 301 of the penal code, on “insulting Turkishness”, has been used to prosecute writers who highlight the mass killings of Armenians. In 2005, a Turkish court ruled that a conference on the killings of Armenian Christians living under the Ottoman Empire must be cancelled.

Historians and scholars agree that Turkey’s murderous policy was state-sanctioned and directed against Christians. Some Christians were spared death, but only if they converted to Islam.

Immediately after World War One, few people in Anatolia publicly doubted that Armenians had suffered atrocities that were extreme even by the standards of that terrible war. Sultan Mehmed VI and his government tried to reassure the victorious powers that the perpetrators of the anti-Armenian violence would be punished. Several senior Ottoman officials were put on trial in Turkey during 1919-20 in connection with the atrocities. A local governor, Mehmed Kemal, was found guilty and hanged for the mass killing of Armenians in the central Anatolian district of Yozgat.

However, political interests have continued to cloud the question of genocide. George Curzon described Britain’s position in 1896 when he stated in Parliament that the government was not prepared to jeopardise the interests of the country by taking any action over the early killings. In 2019, the US Congress voted to recognise the Armenian Genocide, to the anger of their NATO ally Turkey, but the Trump Administration disagreed after President Erdogan threatened to close down an air base in Turkey hosting US nuclear weapons.

This issue is of urgent concern again today. In September 2020, Azerbaijan was supported by Turkey in its attack on Armenians in Nagorno-Karabakh. Thousands more Armenians were killed and some 90,000 were displaced as hostile forces, including jihadi mercenaries, overran the enclave. Some were killed by having their throats cut, just like a century ago in Turkey. There have recently been Azerbaijani threats to Armenia itself.